What Happens in Moldova Cannot be Compared with Ukraine 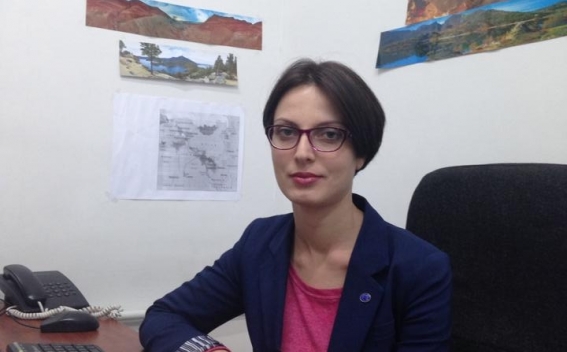 For several days the whole world was concentrated on the protests in Moldova, the demand of which was the resignation of the government, giving an application for the country's EU membership and realization of an investigation on the transmission of 1 billion euros of offshore areas deal. It should be reminded that just this deal triggered mass protests. The organizer of the campaign is the "Dignity and Justice" civil initiative.

And in this context, which is well known to us, the western and Russian mass media were trying to give "correct" label to the events in . Serious discussions were made on the question of whether another "Maidan" is being prepared in Chisinau. No matter that we understand the sensitivity of Russia and the West on such matters after the Ukrainian events, however, it  should be noted that the marks of hasty conclusions only deepen the crisis.

The fact that the events in , are, anyway, far away from being called "Maidan" is evidently seen in a number of factors, the most important of which is that two pro-Russian parties have now joined the protest. Socialists and "Our Party" political forces are meant, whose leaders, in their turn, urged ’s people to join the promos regardless of political persuasion.

However, it is difficult to believe that different actors, including those who live outside , will not try to pursue their own interests using the present events. And it is clear that all Moldovans should be cautious in order to keep away the social protest action from political abuse.