How Does IS Use Migration Crisis as a Source of Income? 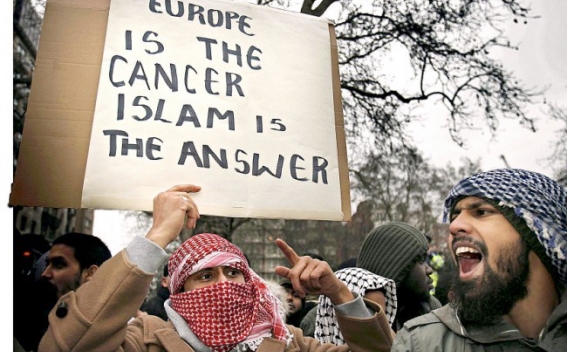 At the beginning of the year the British anti-extremist think tank translated a document entitled "Libya: The Strategic Gateway for the Islamic State" which was about  the efforts of extremists to pave their path to Europe under the mask of immigrants. The other day Syrian operative also noted that 4,000 covert IS gunmen had been smuggled into western nations – hidden amongst innocent refugees, Express reports.  The source of the information was an IS smuggler, who warned the Europeans on the future terrorist attacks by shortly noting with a smile: "Just wait." This is the reason why many experts refer to the so called "Hijrah," the Islamic doctrine of migration, aimed at bringing Islam to other places, to explain the migration crises to the Europeans at present face.

However, it is interesting to note that covert penetration into Europe is not the only way the Islamic State uses migration crisis to its advantage. Information disseminated by different media sources reports that what is considered crisis for Europe has long ago become a source of profit for the terrorist organizations in the Middle East.  For example, Time reports that migrants are forced to give thousands of dollars to the extremists (from $800 and $1,000 to reach Libya, either from across the Sahara or from the Middle East, and then between $1,500 and $1,900 to cross the Mediterranean to Europe,) as a tax to get their permission to leave for Europe. The same source reports Islamic State annually gets $22 million and $55 million taxing antiquities and by now the money gathered from migrants has reached $323 million.

A migrant who was forced to give money to IS to reach Europe in an interview with the Time noted:

"I had to pay different armed groups along each step of his four-month journey bringing the total cost of his journey to about $2,150. This growing business now provides what is possibly now the largest and most easily accessible threat finance opportunity for both organized crime networks and armed groups to purchase arms, establish larger and more regular armies, and demand taxation."

All the facts once more prove that Europe and the world in general face a huge challenge because of religious extremism; the main cause of which is the present chaos in the Middle East, which in its turn is the result of contradicting political interests. As long as the sides refuse to come to a compromise on those interests they will continue directly feel the repercussions of their own stubbornness.