John Kerry: US Can "Neutralize" Islamic State Faster than it Did with al Qaeda 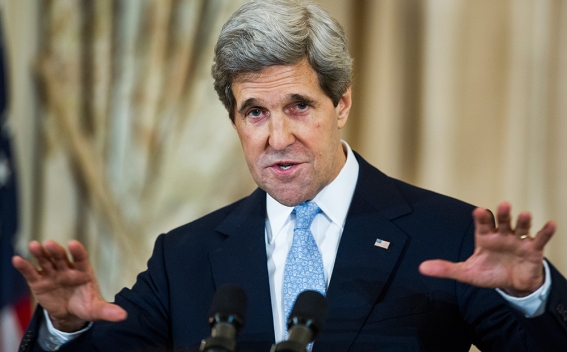 US Secretary of State John Kerry said on Thursday that the has the possibility to "neutralize" Islamic State much quicker than it was able to do with al Qaeda, Reuters reports.

"We began our fight against al Qaeda in 2001 and it took us quite a few years before we were able to eliminate Osama bin Laden and the top leadership and neutralize them as an effective force. We hope to do Daesh much faster than that and we think we have an ability to do that," Kerry told reporters.