The EU has Revised Its Neighborhood Policy: What are on the Basis of This Revision? 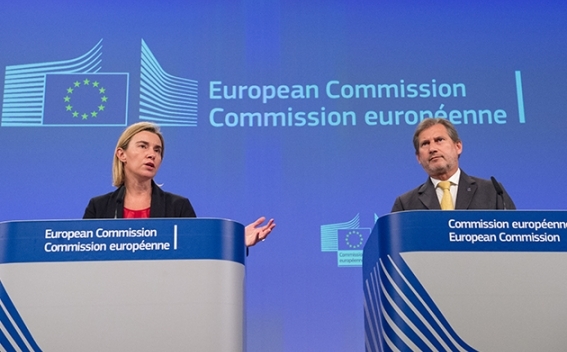 European Union will put the principle of sustainability on the basis of the relations with its neighbors. This information was published on November 18 in the revised European Neighbourhood Policy (which includes the Eastern Partnership).

Ukrainian crisis, problems in the EaP countries, as well as in the Mediterranean basin and the Middle East, forced the EU to make corrections in its neighborhood policy. This process which was launched in the spring involved discussions and consultations with different social groups, political parties, a range of analytical circles from all partner countries. As a result of this, the new EU strategy was released, based on which the EU is building its relations with each of the partner countries.

The whole strategy rests on the cornerstone principle of sustainability. The ENP partner countries should be aimed at ensuring stability in each country and in the region in general. To achieve these reforms, the principles of responding to the issues in a more flexible manner and listening to colleagues more "attentively" have been adopted.

The principle of common ownership and responsibility has been put on the basis of deeper differentiation towards the relations with each of the partner countries. Bilateral relations will not be built with a scenario designed for any single case, but with each member, according to its aspirations and priorities. Meanwhile much attention will be paid to regional cooperation and joint projects. To this end, imported from the "thematic framework" format, involving partners in several countries simultaneously. The principle of differential relationship with the partner countries will be expressed in the ENP annual reports.

In parallel, the new strategy pays great attention to its neighboring countries neighbors, their cooperation and their impact on the region. The need for cooperation with Turkey is noted in particular, as well as the importance of cooperation with Russia in order to face the common challenges.

As for economic relations, it is noted that the EU should continue to deepen its relations with partners in the context of Deep and Comprehensive Free Trade Agreement (DCFTA), and work out a more flexible agreement with those non-signatory countries.

Flexibility is also an important principle of financial management, financing specific projects, the ability to react quickly when needed.

New strategy pays greater attention to young people and their employment, as well as youth NGOs cooperation in the issues of the interpretation of profitability and benefits of European integration. Among the areas of employment for young people, especially the research and analyzes will be encouraged.

The Eastern Partnership and the European Neighbourhood Policy developments in the geopolitical context showed that the application of general approach is not acceptable not only for Eastern and Southern Neighbourhood regions, but also for each of the partners. The new strategy aims at developing with each partner country those areas that are important for both parties, and for which both parties are equally responsible. The EU ceases to act as a teacher.

"Now we have to leave the idea that the EU is in the center, surrounded by neighboring countries, and gradually come to the idea of a new partnership based on cooperation," the EU High Representative Federica Mogerini said.

Now the EU has to be more flexible in its ability both to offer possibilities for each of the partners and to find the very tools used for it. The main goal of such cooperation is construction which will help to avoid new crises and ensure stability in the neighboring region.