Greece to Launch a New Round of Bailout Talks 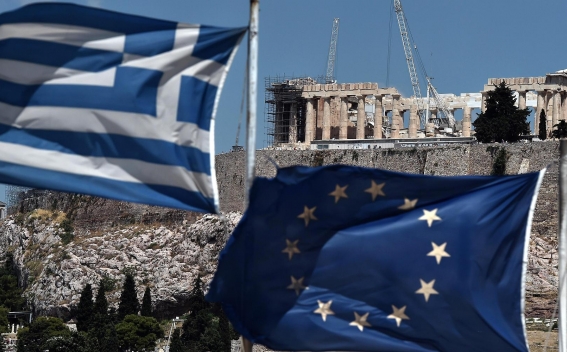 Greece’s leftwing-led government is entering a new round of negotiations with its creditors over progress on the latest bailout program, amid angry union reactions to proposed pension reforms – a key part of the talks.

Representatives of Greece’s European creditors and the International Monetary Fund are due to meet the country’s finance minister Euclid Tsakalotos, who is also joined by economy, development and tourism Minister Giorgos Stathakis. Greek officials say there will be a break in the talks at the end of this week, but it is unclear how long that will last, The Associated Press reports.

Following pressure from bailout creditors, the government has committed to overhaul the country’s pension system, which, it admits, is otherwise moribund.

The IMF is demanding Greece cut its main pensions in a step opposed by Mr. Tsipras, who favors increases to employer contributions to boost social security funds, arguing that some pension benefits have already been severely reduced since Greece first signed up for rescue funding in 2010.

These proposed pension reforms are the biggest challenge faced so far by the coalition government, made up of left-wing Syriza and right-wing Independent Greeks, since being elected in September.

According to The Wall Street Journal, the unions representing groups as disparate as farmers, police, fishermen and lawyers fiercely oppose the draft reforms, and plan a string of protests and strikes this week. They will also take part in a nationwide 24-hour walkout, set for Thursday that is expected to bring the country to a standstill. It will be the third general strike faced by this government.

Greece needs to wind up this review of the country’s third bailout, worth up to €86 billion ($93 billion), before being able to start negotiations with lenders over debt relief. The progress of the talks will play a crucial role in shaping economic sentiment in Greece and the depth of this year’s recession as last year a standoff between Prime Minister Alexis Tsipras and lenders over reforms nearly sent the country out of the Eurozone.

The meetings in Athens over the next few days will be followed a break and resume soon after that. Officials from the European Commission expect the first review discussion to wind up by Easter.