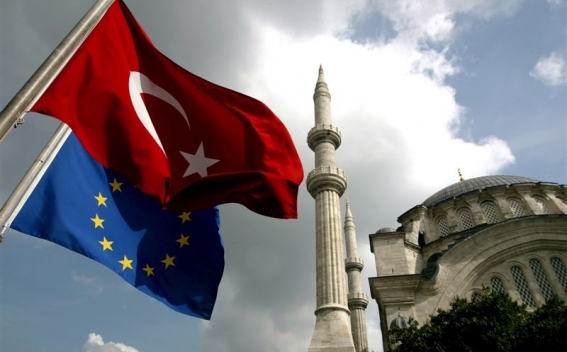 After the meeting of  the EU Heads of State or Government and Turkish Prime Minister Davutoğlu final statement has been made on the results of the meeting. Below is the full text of the meeting.

1. Following their meeting with Prime Minister Davutoğlu, the EU Heads of State or Government addressed the migration situation, in particular as regards the Western Balkans route. They welcomed their discussion with the Turkish Prime Minister on EU-Turkey relations and on the progress made in the implementation of the Joint Action Plan. Turkey confirmed its commitment in implementing the bilateral Greek-Turkish readmission agreement to accept the rapid return of all migrants not in need of international protection crossing from Turkey into Greece and to take back all irregular migrants apprehended on Turkish waters.

The Heads of State or Government agreed that bold moves were needed to close down people smuggling routes, to break the business model of the smugglers, to protect our external borders and to end the migration crisis in Europe. We need to break the link between getting in a boat and getting settlement in Europe.

That is why they underlined the importance of the NATO activity in the Aegean Sea that became operational today. They called on all members of NATO to support it actively. They warmly welcomed the additional proposals made today by Turkey to address the migration issue. They agreed to work on the basis of the principles they contain:

The President of the European Council will take forward these proposals and work out the details with the Turkish side before the March European Council. This work will respect European and international law.

The EU Heads of State or Government also discussed with the Turkish Prime Minister the situation of the media in Turkey.

2. Heads of State or Government further recalled that the European Council, at its meeting on 18-19 February, decided to get back to a situation where all Members of the Schengen area fully apply the Schengen Borders Code, while taking into account the specificities of the maritime borders, and to end the wave-through approach. Irregular flows of migrants along the Western Balkans route have now come to an end.

3. In order to make this sustainable, action is required along the following lines:

a) stand by Greece, in this difficult moment and do our utmost to help manage the situation that has arisen as a consequence of this development. This is a collective EU responsibility requiring fast and efficient mobilisation of all available EU means and resources and of Member States' contributions;

b) provide an immediate and effective response to the very difficult humanitarian situation which is rapidly developing on the ground. Emergency support will be provided urgently by the Commission, in close cooperation with Greece, other Member States and non-governmental organisations on the basis of an assessment, by the Commission and Greece, of the needs and a contingency and response plan. In this context, Heads of State or Government welcome the Commission proposal on the provision of emergency support within the EU  and call on the Council to adopt it before the March European Council, thus expanding the range of financial instruments that can be used; they invite the budgetary authority to take any necessary follow-up measures;

c) provide further assistance to Greece in managing the external borders, including those with the former Yugoslav Republic of Macedonia and Albania, and ensuring the proper functioning of hotspots, with 100% identification, registration and security checks, and the provision of sufficient reception capacities. Frontex will launch an additional call for national guest officers as soon as possible and all Member States should respond in full by 1 April at the latest. Europol will rapidly deploy guest officers in all hotspots to reinforce security checks and support the Greek authorities in the fight against smugglers;

e) accelerate substantially the implementation of relocation to alleviate the heavy burden that presently weighs on Greece. EASO will launch a further call for national expertise to support the Greek asylum system and all Member States should respond rapidly and in full. Member States are also invited to provide more places for relocation as a matter of urgency. The Commission will report on a monthly basis  to the Council on the implementation of relocation commitments;

f) continue to cooperate closely with the non-EU countries of the Western Balkans and provide any necessary assistance;

h) take any necessary measures immediately in respect of any new routes opening up, and step up the fight against smugglers;

i) take forward, as a matter of priority, all the elements of the Commission roadmap on getting "back to Schengen", so as to end temporary internal border controls and re-establish the normal functioning of the Schengen area before the end of the year.

This document does not establish any new commitments on Member States as far as relocation and resettlement is concerned.

4. These are urgent measures that have to be taken against the background of the present situation on the ground and should be kept under review. The European Council will come back to the migration file in all its aspects at the March European Council to further consolidate the joint European implementation of our comprehensive migration strategy.