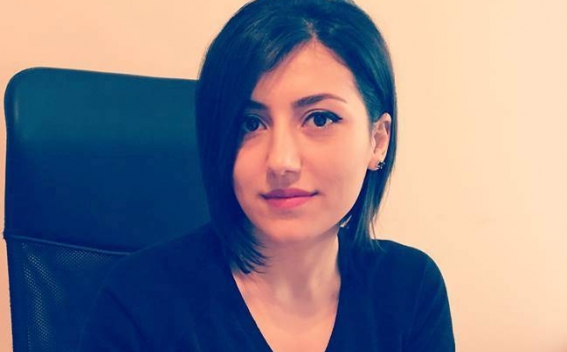 The efforts of Azerbaijan that tries to position itself as a peaceful, tolerant and balanced country have failed once again. It is no secret that every step towards the deepening of relations between Armenia and Iran causes serious anger in Azerbaijan. But this time the outbreak of anti-Iranian sentiments happened in the Parliament of Azerbaijan.

The discussion of the draft law on "Cooperation between Azerbaijan and Iran on continuing the construction and exploitation of the hydroelectric power stations" in the Azerbaijani Milli Majlis was used to voice criticism against Iran once again. Moreover, the criticism was raised not only by the Azerbaijani Deputies, but also by the President of the Parliament.

There is dissatisfaction in Azerbaijan that relations between Armenian and Iran are of strategic nature, the two countries have signed a memorandum on liberalization of visa regime, in addition,Iranian President Hassan Rouhani may visit Armenia in the near future. This "extremely bad" situation has become the reason to accuse Iran of "cooperation with Armenia that occupied Azerbaijani territories".

Azerbaijan is displeased that Iran positions itself as a defender of Muslim countries but does not provide enough support to Azerbaijan in Karabakh conflict (like the Palestinian issue).In response, Baku threatens with deepening of cooperation with Israel and "30 million Azerbaijanis" living in Iran. Azerbaijan openly declares about it expects from Iran to change its stance on Karabakh conflict.

Iran’s response did not come late. Iranian Ambassador to Azerbaijan announced that these statements do not promote the development of relations between the two countries. Iranian Ambassador stressed that relations between Armenian and Iran "are not directed against any country". Of course, Iran will take into consideration the Anti-Iranian position of Azebaijan, when planning its further actions. And it is hardly in the interests of Baku.

In reality, expectations of Azerbaijan from Iran are much more higher than the Iranian side demonstrates in its approaches. Iran has maintained neutrality during the whole conflict. After the nuclear deal, Iran also tries to bring up mediation initiatives, trying to prevent foreign forces involvement in the region. Unlike Azerbaijan, Armenia highly appreciates Iran’s balanced position and the readiness to contribute to the peaceful settlement of the conflict. Armenia expects that Iran, which has come out of international isolation, will contribute to the process of ensuring regional security.

But Azerbaijan cannot accept this position. They even try to create the illusion that Azerbaijani approaches are supported in Iran in order to justify its aggressive stance in the eyes of international community, as well as among its own country. This happens especially during the meetings of religious figures, when Azerbaijani media attributes various statements to the Iranian officials.

The distortion of the Iranian position by Azerbaijan aims to harm the Armenian-Iranian relations,spreading negative sentimentս among the Armenian public.

Տhe recent statements made by the President of the Azerbaijan Parliament are perhaps the best evidence that the distortion of the Iranian position does not give the expected results. These accusations prove once more that the relations between Armenia and Azerbaijan are at high level, showing Azerbaijan’s inability to accept Armenia’s strong positions in the region. This is the real face of the country that advocates tolerance.

On the other hand, this is another proof of the fact that Azerbaijan builds its whole foreign policy on the principle "who is not with us, is against us". This is quite dangerous tendency that does not promote security building and leads to self-destruction. But Azerbaijan is far from such a consciousness.