Turkey Has Been Isolated in Iraq 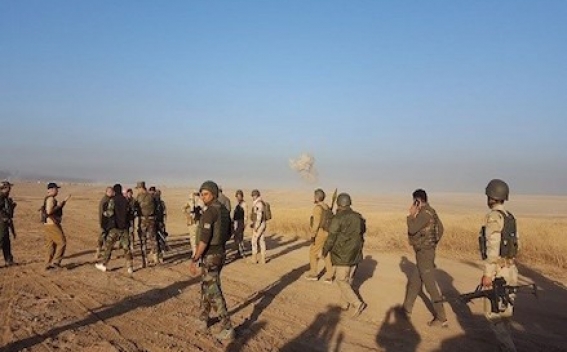 The Turkish forces that were located in Iraq without any invitation from the Iraqi authorities have been isolated. The Iraqi voluntary forces said the Iraqi Army disconnected Turkish troops in Bashiqa base from Mosul and is in control of regions surrounding the base, Iranian News Agency Tasnim reports. According to the source, Iraqi military forces made rapid advances in the region of Bashiqa, northeast of Mosul, and gained full control over the area.

It should be noted that around 150 Turkish soldiers and 25 tanks are located in Bashiqa military base that is about 30 kilometers from Mosul. Since 2014 the Turkish forces have been training and supporting the Kurdish Peshmerga forces as well as different Sunni armed groups. But in December 2015 Turkey unexpectedly strengthened its presence in Iraq thus causing the discontent of the official Baghdad. In September 2016 Turkish Parliament voted to extend the deployment of its troops in northern Iraq by a year.

On the other hand, Turkish Prime Minister said on October 17 Turkish air forces participated in the air strikes of the US-led coalition in Mosul, Anadolu reports.  At the same time Turkish Deputy PM said more than 3,000 Iraqi forces that have been trained by Turkey, take part in liberation operation of Mosul.

The operation is led by the Iraqi government and the US, Iraqi Kurdish forces also take part. Ankara is concerned that liberation of Mosul may weaken the position of the Sunni forces. The weakening of Sunni forces in favor of the Shiite government in Baghdad and Iranian forces is not in Turkey’s interests. This is the reason why Turkey tries to be part of this operation despite the main forces’ resistance.

Analysts say the battle to fill the political vacuum in Iraq will last long.