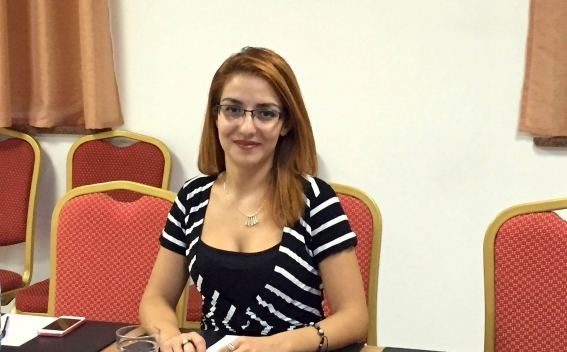 The interview of the president of Azerbaijan Ilham Aliyev to Dmitri Kiselyov once more showed the problems and issues that generally hinder the progress in Karabakh conflict settlement process. Particularly, Aliyev again tried to distort the process and blame Armenia for the present situation.

Another question is the rhetoric of the interviewer Kisilyov, who is the head of the biggest Russian state media-holding. He did his best to make Aliyev a favor. This even more boosted Aliyev’s rhetoric.

When speaking about the Karabakh conflict and possible concessions,  Aliyev said the security guarantees of the people of Artsakh and the status of autonomy in the borders of Azerbaijan are the biggest possible concessions Baku can make. Instead, he demanded from the Armenian side to leave the liberated territories. This is the Azerbaijani vision of the conflict settlement, and according to Aliyev, it corresponds to the vision of the mediators and is acceptable for the international community.

This is not considered to be concessions from Azerbaijan, moreover, it is also not acceptable and perceivable either for the Armenian sides, or for the mediators. This was vividly expressed in the interview of the Russian Co-Chair of the OSCE Minsk Group Igor Popov to APA.

Popov said that the return of the territories is a part of the settlement package and "this problem should be addressed in an integrated way, together with the issues related to the status of Nagorno-Karabakh, the return of all refugees, the preservation of a corridor linking Nagorno-Karabakh with , and the holding of a peacekeeping operation."

He also underlined that the settlement process is a single package, and any attempt to separate elements preferred by one or the other side as a priority is destructive.

The words of the Russian Co-Chair make it clear that the vision, presented by the president of Azerbaijan, has nothing common with the proposal of the MG Co-Chairs. Besides, it is important to pay special attention what Popov said - "the issue of the status should be addressed"- which means that the issue of the status is not solved yet and should be agreed by the sides and not be dictated by Azerbaijan. Finally, the issue of status is expected to be solved by a referendum (according to Madrid principles, that are on the table of negotiations), so the people of NKR will decide its future.

After all, it is absolutely meaningless to comment the other words of the president of Azerbaijan, who says Armenia is to be blamed for the prolongation of conflict settlement. It is obvious, who is destructive and who is perceived or not perceived by the international community and the mediators.