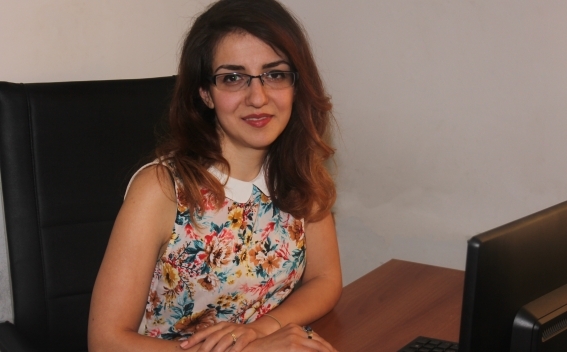 The new president of Moldova is the chairman of the Socialist Party of the Republic of Moldova Igor Dodon, who won the 52 percent of the votes. During his election campaign, President-elect was distinguished with his statements about the need to normalize relations with Russia, as well as cooperation with the EAEU.

The choice of the Moldovan people can be seen as a definite signal of the changing political vector in the space of the Eastern Partnership (EaP). Let’s study the reasons for this choice, its possible consequences, and general trends in the EaP countries.

It should be noted that the ratio of the Moldovan society supporters of Western and Russian foreign policy direction is almost equal. In case of Moldova, the results of elections and the defeat of the pro-Western political forces are to some extent explained by personal factors. The fact is that, despite the fairly high rate of European integration, including the introduction of a visa-free regime with the EU and the signing of the Association Agreement, the internal politics of pro-Western forces caused discontent of the population. During this time, about one billion dollars disappeared from the state budget of Moldova, several corrupt deals were exposed, the powers of the oligarchic circles have increased. Taking into account certain political factors, the West refrained from harsh criticism of these phenomena and the application of sanctions. As a result, expectations of the Moldovan society, related to European values ​​and European integration process in particular, have not been implemented. Protests and meetings eventually led to the victory of the opposition, which has consistently pointed to the shortcomings of the pro-Western policy.

At the same time, it would be naive to expect a sharp change in today's foreign policy of Moldova. Regardless of the fact that the new president considers himself a pro-Russian politician, and was in favor of the normalization of Russian-Moldovan relations, it is unlikely that Moldova refuses the European integration vector. In this regard, the decisive role is played by factors such as economic and political influence on Moldova by Romania, the financial and economic support of the EU, the positive impact of the reforms on various spheres of life, the Transnistrian conflict, etc.

All this will make the new government of the country to be very careful in its foreign policy and try to reconcile their "pro-Russian" attitudes and "European integration" validity. From Dodon it is appropriate to expect a certain progress in the establishment and development of relations with Russia, but at the same time not at the expense of relations with the EU and the progress already made.

Recent trends in the area of ​​the Eastern Partnership, including contradictions between Russia and Georgia, the Ukrainian crisis, were a "lesson" for the countries of the Eastern Partnership, and the West and Russia. As a result, it became apparent that it is wrong to make the Eastern partners choose between the two poles, and that the sharp turn-rounds in this or that direction have serious consequences both for the countries and for the entire region.

The pro-Western Saakashvili in Georgia was replaced by the political force of Ivanishvili, which has announced the normalization of relations with Russia as its priority. Armenia, joining the EAEU, today continues its active dialogue with the EU and is preparing to sign a new legal framework for bilateral relations. Many politicians and theorists, including Henry Kissinger, in one of his most recent interviews, said that Ukraine should not be European, it has to be a bridge between the EU and Russia. Partly this was mentioned in the revision of the European Neighbourhood Policy, including the Eastern Partnership, which led to more individual approach to partners taking into account their characteristics.

The lessons of the recent past show that the Eastern Partnership countries should not have to choose between black and white. Otherwise not only they, but all the players suffer losses.

Summing up, it can be noted that Dodon's victory was not the defeat of European integration but the victory of rationalism. After strong shocks the region tends to stabilize, and the key is in a balanced cooperation with the so-called principle of "and-and". In this regard, the Eastern Partnership countries have much to learn from each other, so as not to repeat the mistakes of others. And  the the visit of the Foreign Minister of Moldova to Armenia and the informal meeting of foreign ministers of the Eastern Partnership countries in Yerevan can contribute to this.