Political Crisis in Moldova: Will There Be an End to the Dual Power? 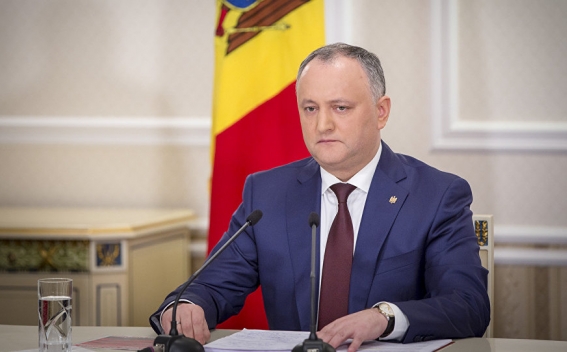 In Moldova, the dual power established since Saturday continues, President Igor Dodon has summoned a Security Council session. He has canceled the decree on dissolving the parliament.

On Saturday, June 8, the Constitutional Court of the Republic of Moldova conveyed the president's powers temporarily from Igor Dodon to the acting Prime Minister Pavel Philip.

A group of MPs from the Moldovan Democratic Party appealed to the Constitutional Court with the request by substantiating their claim that the Socialist President refused to sign the decree on  dissolving the parliament and holding snap elections. The last parliamentary elections in the country took place on February 24, 2019, with the Socialist Party led by Igor Dodon getting 35 mandates, the Democratic Party 30 mandates, the ACUM Platforma DA shi PAS, received 26 mandates, “Sor” received 7 mandates, and independent candidates got 3 seats.

By the decision of the Constitutional Court newly appointed President Pavel Filip has signed a decree on dissolving the parliament. However the Socialist Party and the ACUM rightist lawmakers convened a session on June 8 to approve parliament and the government bodies led by Maia Sandu. They called on the CC to resign. In response, the Democratic Party has begun rallies at the entrances of state structures. Igor Dodon also voiced his intention to hold protests with their supporters.

Now the problem is how Moldova can get out of the domestic crisis. Igor Dodon stated that the scenario of making amendments to the law on the change of the judges of the Constitutional Court and their appointment is not ruled out. This will help to cancel the decision of the CC and terminate the dual power.

The newly appointed Prime Minister has sent letters to the European Commission, the Council of Europe and the Venice Commission requiring an assessment of the steps taken by the Constitutional Court. Igor Dodon called on international mediators to "come and form a group for a peaceful transfer of power." The EU, Russia and the United States have expressed willingness to work with the parliament and the formed government.

Profound domestic political crisis is the outcome of political parties not being able to reach an agreement, as well as a lot of recent problems piled up. Among them are a number of major corruption scandals, the loss of about one billion dollars from the budget during the rule of pro-European powers, the existence of an oligarchic system and so on. The reason for the controversy is also the desire of President Dodon to cooperate with the Eurasian bloc, including the establishing the status of an observer for Moldova in the EEU.

As of now it seems Dodon and the Socialists and the ACUM block government are able to maintain power, including receiving external support. However, the problem should be realistically solved. Demonstrations may continue in the country. The situation is also exacerbated by the fact that the police do not accept the newly appointed minister of internal affairs and continues to obey chief police inspector who was fired by the newly-appointed minister.