A New Geopolitical Axis is Developing 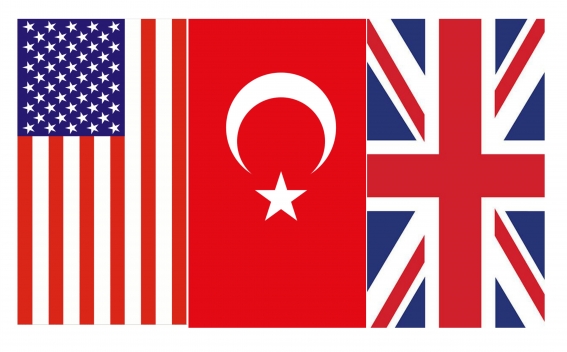 Newly elected US president Donald Trump has expressed his support to Brexit policy, promising to deepen economic relations with Great Britain. After that, the British Prime Minister in seeking to deepen and broaden trade and economic relations of the country, hurried to Ankara, where a deal of $ 125 million concerning the production of Turkish military weapon was signed, as well as negotiated to increase the trade turnover between the two countries to $ 20 billion.

It should be noted that today the EU relations with the United States and Turkey are quite tense, and it seems that the UK creates around itself the club of countries that have an uneasy relationship with the EU, maybe including even Russia.

Such developments may make significant changes in the geopolitical map of the world and create a new reality. The result of this will be EU isolation and a significant weakening of its positions.

The chairman of the European Council Donald Tusk called the United States to be like  Russia, showing what a great threat the United States imposes. "Only being united the EU countries can be fully independent. Disintegration will only lead to dependenceon the US, Russia and China," he said. In addition, the European Parliament held an intense debate, during which the United States was regarded as an external threat to the EU. Plus, in the EU negative sentiments are going against the United Kingdom relating Brexit and the US support to it.

Turkey's relations with the EU, in turn, are quite tense because of the unfulfilled agreements concerning the migration crisis and the policy of blackmailing, which Turkey has applied several times towards the EU.

Thus it turns out that now all those countries are getting united that have strained relations with Brussels, and at the same time, those countries that play an important role for the EU in economic and political spheres and in security matters.

Against the background of the problems with the EU, the union of the three major NATO countries could significantly weaken the EU and leave it alone with its inner problems and Russia.

Given the latest warming in relations between Moscow and Ankara, and Donald Trump's relatively positive attitude towards Russia, we cannot exclude the possibility that Russia could cooperate closely with these countries, or even to join this new axis. While British Prime Minister today quite fiercely supports sanctions against Russia, it is possible that the need to support Trump may convince her soon to change her position. After all, as we know, the United Kingdom policy is dictated not by the principles of "eternal friendship or hatred," but just interests. Such development of the relations may harm not only the political image of the EU, but also its security.

This scenario does not seem very likely today, but at least it cannot be ruled out.

And in this case, the balance of power will be changed in our region. Russia's position will significantly grow stronger, and the EU will have to worry about the security of its own eastern borders, being cautious not to enter into conflict with Russia.