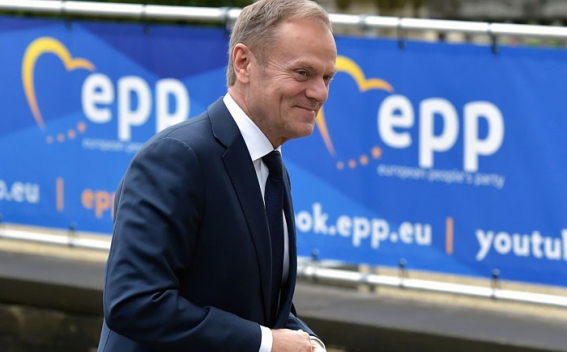 In his turn, Tusk promised to promote unity when he was reappointed to a second term of 2½ years with the support of all EU member states except his own.

"It may sound like a paradox because of the context, but anyway your decision is an expression of our unity today. I will work with all of you without any exceptions because I am truly devoted to a united Europe," he said.

Poland’s right-wing government opposed Tusk’s reappointment for a second term because it claimed he supported its "overthrow" by backing an opposition protest last December.

Prime minister Beata Szydlo said she would refuse to sign off on formal conclusions at the end of the summit in protest.

"It’s clearly written that summits end with conclusions. If one country doesn’t accept it, it means the summit is not relevant. If now there is a way to find a different solution, that only shows that there are no rules. And Poland doesn’t agree with this. And I definitely won’t accept any document from this summit," she said.