Macron's Presidency Will Be Beneficial for the International Partners 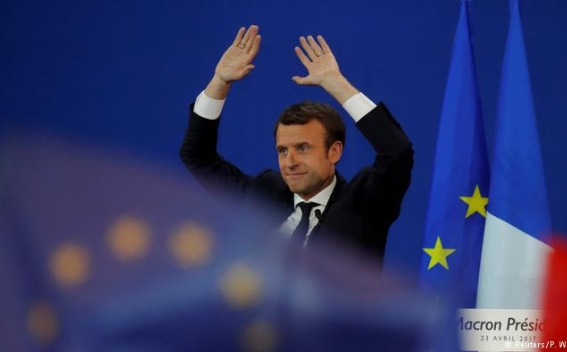 French President Emanuel Makrone has big plans for Europe. "I'll defend Europe, and will strengthen links between Europe and its people," French President Emanuel Macron said in his first official speech. This statement, as well as Macron’s election program, assumes that he will be more active in the EU than Hollande and Sarkozy were. Will Paris succeed in taking over the role of the first violin in the EU?

Here many things will depend on Germany or more precisely on the German new government that will be elected in September. If Chancellor Angela Merkel is re-elected, Macron obviously have to be satisfied with the role of second violin: considering Merkel’s great political experience, it is unlikely that the youngest president of France will overpass her. At the same time it should be noted that Macron, unlike Le Pen, was never upset that the EU is being "ruled" by Berlin. Moreover, Macron always stressed the need for cooperation with Germany on EU reform and the foreign policy in general. It is no coincidence that his first visit as a French president Macron is going to pay to Berlin, as CNews reports.

Thus, Merkel-Hollande tandem in the EU is turning into a Merkel-Macron tandem, and in this regard it should no dramatic changes should be expected. Berlin and Paris will continue to save the European Union from collapsing. By the way, in this regard it is interesting that British Prime Minister Theresa May is pleased with the victory of Macron, who has promised to be tough in the negotiation on Brexit. Although Le Pen's views on current EU policy is closer to London, the British government was concerned that if Le Pen was elected and started Frexit- process, Brussels would become quite inflexible in the negotiations and as a result the UK would come out from the EU with unexpected losses.

Thus, it can be said that Macron’s election as a president of France, if not made it easier, at least did not complicated the work of the European partners: France will not change its political line and will stay predictable for them.

This can be considered good news for international partners, but the French are not happy with such a prospect. According to a survey, Macron was elected the president of French due to high anti-rating of nationalist Marine Le Pen. The French do not quite trust the young, newly elected President without political experience, who is going to continue the political line of Hollande and who had lowest rating in the history of the 5th Republic…