Families Flee Mosul As Iraqi Troops Cose in On ISIL 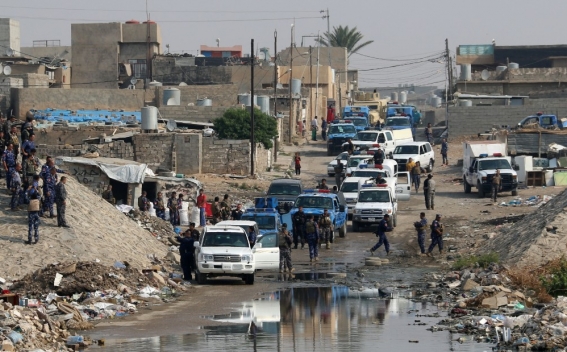 Families streamed through alleyways near the Grand al-Nuri Mosque, where ISIL leader Abu Bakr al-Baghdadi proclaimed the group’s so-called caliphate in 2014 and which ISIL fighters reportedly blew up a week ago as Iraqi forces closed in.

Authorities say they’re just days away from fully retaking the city but the battle is a tough one, with pockets of fighters and snipers dug in among civilians.

This week’s capture of the mosque by government troops was a major victory, and Prime Minister Haider al-Abadi declared on Thursday the end of ISIL’s self-proclaimed caliphate.

But the eight months of fighting have taken a huge toll on the people of Mosul. Thousands of civilians have been killed, according to aid organizations, and the International Organisation for Migration estimates close to 900,00 people – about half the city’s pre-war population – have fled since the offensive started last October. The Iraqi government had initially pledged the city would be liberated in 2016.