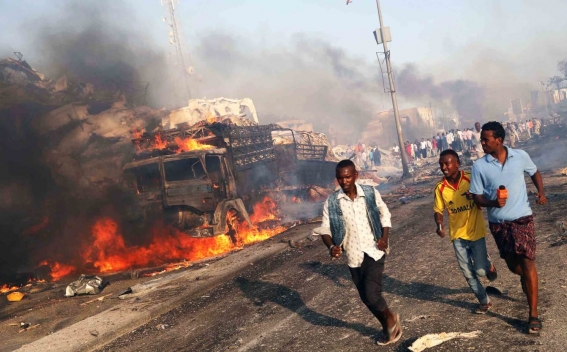 The most powerful bomb blast ever witnessed in Somalia's capital killed 276 people with around 300 others injured, abc News reports

The country's information minister called it the deadliest single attack in this Horn of Africa nation.

As angry protesters gathered near the scene of the attack, Somalia's government blamed the al-Qaida linked al-Shabab extremist group for what it called a "national disaster."

However, Africa's deadliest Islamic extremist group, which often targets high-profile areas of the capital, did not comment yet.