What Did the Prime Ministers of the EAEU Countries Agree and What Issues Remained Unresolved? 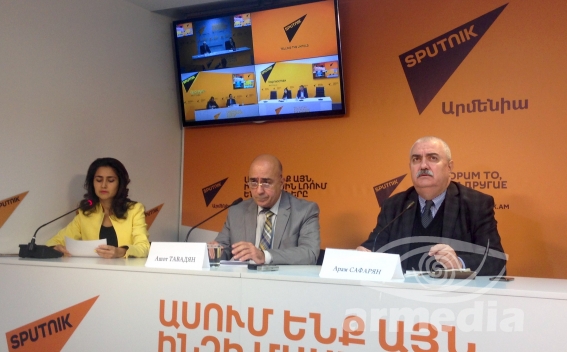 On October 25, the meeting of the Eurasian intergovernmental council was held in Yerevan with the participation of the heads of government of the member states of the Eurasian Economic Union. "The agreements reached will help to overcome many barriers for further development of economic cooperation of the countries of the Union" - this was said on October 26 during the teleconference with the participation of experts from Armenia, Kazakhstan, Belarus and Kyrgyzstan.

Representatives of all countries highly appreciated the effectiveness of the meeting.

The economic growth of the countries of EAEU

The coordinator of the Eurasian Expert Club, Chairman of NGO "Integration and Development", Aram Safaryan drew attention to the fact that the meeting was held against the background of positive developments in the economies of the EAEU countries. "Russia has recorded a path of stable growth. The economic crisis gives way to the development trends, and this development has a most favorable effect on the development of the economies of small countries, particularly Armenia," Safaryan said.

"The EAEU has become one of the drivers of our overall growth, contributing to the stability of national economies," the representative of the Kazakh side, deputy director of the Institute of Public Policy of the "Nur Otan" Party Vladimir Telnov said.

Agreements of the meeting of government heads

Speaking about the results of the meeting, Ashot Tavadyan, doctor of economic sciences, professor, member of the Eurasian Expert Club, said that an agreement on the formation of a common brand in the field of jewelry and on electronic equipment was reached. Particular attention was paid to transport issues. "First of all, I want to note the most important achievements of this meeting, of course, this is the approval of the roadmap on the coordinated transport policy of the EAEU countries. Arrangements for coordination of transport policy are extremely important for Armenia. Creation of a free trade zone in Meghri without coordination of the transport policy, will not work fully," the expert said, adding:" We are very pleased that a work is being carried out to open the Abkhazian railway. Only it can make the EAEU countries become a single entity."

The representative of Kazakhstan Vladimir Telnov, as important achievement of the meeting, noted the transition to digital economy, in which regard decisions were made at a meeting of the leaders of the EAEU countries in Sochi. "Until 2025, the implementation of the digital economy project, according to preliminary forecasts, will provide an overall 11 percent of GDP growth," he said.

The representative of Kyrgyzstan, Doctor of Economic Sciences Zhumakadir Akeneev also highly appreciated the importance of the adopted documents, stressing that "these agreements will help advance their economy."

Summing up the results of the discussion, the coordinator of the Eurasian Expert Club Aram Safaryan underscored the importance of overcoming the remaining obstacles and limitations of effective cooperation of the EAEU countries. "I want to repeat the words of the President of Armenia Serzh Sargsyan on the fact that it is necessary to make every effort to eliminate the technical obstacles that impede the integration process and the development of our trade with the EAEU countries," Safaryan said.

The need to develop cooperation in the humanitarian sphere between the members of the union was also stressed. In this context, it was noted that on the eve of the meeting of the Eurasian Intergovernmental Council in Yerevan, on the initiative of the Eurasian Economic Commission together with the NGO "Integration and Development", Noravank Foundation and the Eurasian Expert Club, a round-table discussion on "The Role of Armenia’s expert and educational community in the development of Eurasian economic integration" was held.