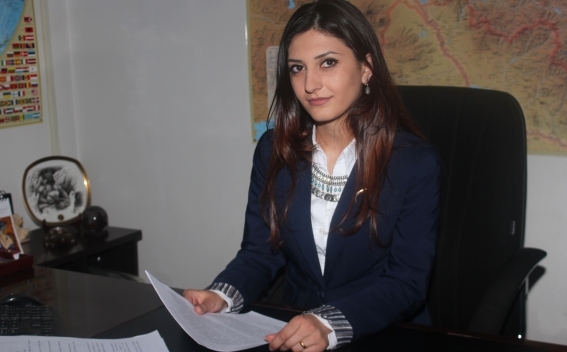 Recently, the Central Bank of Armenia issued a statement which said that in 2018 there will be an increase of price for a number of consumer goods in the country. The Central Bank explained this by a number of external economic factors, passing through a series of customs tariffs that go into effect on January 1 of the coming year, as well as by the Central Bank's regulatory policy. Besides the negative mood caused by this announcement, the public is also quite doubtful towards CB activities, in the context of artificially increasing prices, which is rather troubling and requires an explanation.

First, it is worth noting that the CB's targeted four-percent inflation, which was mentioned in the statement, is the derivative of the two main reasons - the Customs Union rates and the expected global economy impulses. In other words, the CB policy is based on other factors affecting the goods prices, not equally acting as a factor promoting inflation.

To make it clearer, let us refer to the CB monetary policy and inflation as an instrument of that policy. This policy is aimed at the stability of prices, which is the regulation of money supply and its value (interest rate) in the market. The price stability is, in its turn, not the maintaining of an unchanged level of price or a reduce in prices, as it is widely believed, but rather a policy aimed at keeping the expected price rates within a moderate range. In other words, based on a number of calculations, including all factors contributing to inflation, the CB itself defines moderate inflation to avoid unpredictable price fluctuations. In other words, the definition of the inflation rate by the Central Bank is not preconditioned by the rise in prices but rather the scope of pricing implications of existing prerequisites within certain limits.

Clearly, the CB's targeted inflation rate is determined based on the expectations calculation and is fixed in the RA Law on State Budget.

The idea of ​​a rather complex policy carried out by the Central Bank, of course, will not contribute to mitigating negative moods from the expected inflation, but hopefully it will contribute to the reduction of misunderstanding towards CB activities.

As for the immediate impact of inflation, it should be noted that the moderate price growth in market economies has a long-lasting positive impact on the economy as it is confirmed that inflation is one of the factors that increases production capacities in the country, the benefits of entrepreneurship, which in turn, will have a negative impact on the economic activity and purchasing power of the population.