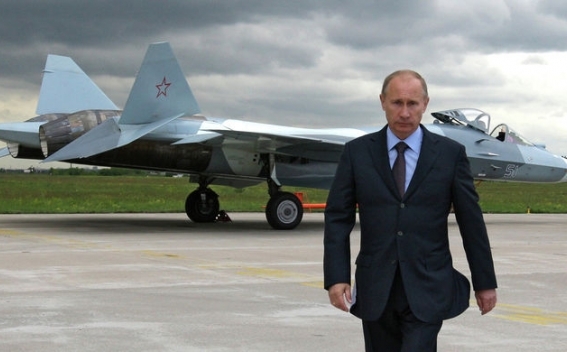 Days before President of Russia Vladimir Putin made a "blitz" tour to Middle East, in the framework of which he first visited Syria, then Egypt and Turkey.

In the framework of his visit to Syria, president of Russia visited Hmeimim Russian Air Base, where he declared about the start of withdrawing an essential part of Russian military forces from Syria.

Besides, Putin met Syrian President Bashar Al Assad in Hmeimim. As the press service of Kremlin reports, during the meeting Putin expressed hope that Russia along with Turkey and Iran would manage to achieve peace and a political process in Syria. "I have big hopes that we with Turkey and Iran, who support us to eradicate terrorism, will manage to achieve peace and political processes in Syria. It is important to prepare Syrian people's congress, to start the process of political resolution," Putin said during the meeting with Assad.

During his working visit to Egypt, Putin met with Egyptian President Abdel Fattah Sisi. The sides discussed the bilateral relations, as well as the issues related to preserving stability and security in the Middle East and Northern Africa. As a result of the meeting, the Russian side declared about its readiness to restart flights to Cairo, an agreement was signed to build a nuclear power plant by the participation of Rosatom in El Daba. During the meeting the sides expressed their satisfaction from the results of the fight against terrorism in Syria. Naturally, a reference was made also to the issue of Jerusalem. In Cairo, for the first time Putin commented on Trump’s decision to recognize Jerusalem the capital of Israel. "We need long-term and just arrangements, which will be in accordance with the interests of both sides. And, of course, they should be in accordance with the decisions previously adopted by the international community. Russia completely supports the previous decision of the UN Security Council on the issue. We consider productive any initiative that can predict a dialogue between the Palestinians and Israelis. We think that such actions are destructive."

The last destination of Putin’s Middle East trip was Turkey. In Ankara, during the meeting with Erdogan, the issues related to bilateral economic relations, to the construction of Akkuyu Nuclear Power Plant were discussed. It is noted that the sides reached a final agreement on supplying Russian С-400 systems. Of course, in the center of Erdogan-Putin discussions was the Syrian conflict, particularly issues related to the political resolution, on which the sides had made some arrangements during the Putin-Erdogan-Rohani meeting.

To sum up, we should state that the main topic of Putin’s Middle East blitz trip was the political resolution of the Syrian conflict, which is the main issue of Moscow’s foreign policy today.

Another main topic was the issue of Jerusalem. After Trump’s decision to recognize Jerusalem as the capital of Israel, many Muslim countries expected that Russia would come up with some initiatives on the issue, and will not be limited only by the criticism. Thus we can conclude that Russia, due to its victories in Syria, has sufficiently strengthened its positions in the Middle East.