Our Ultimate Goal is to Have a United Armenia: Head of the "Democracy" Faction of Artsakh National Assembly 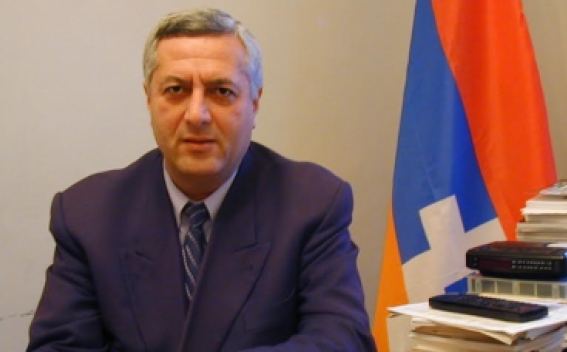 "Armedia" IAA prepared a series of interviews with representatives of all four factions of the National Assembly of the Republic of Armenia and Artsakh each, trying to summarize the steps taken in 2017 and the plans for 2018. We present an exclusive interview of "Armedia" IAA with Vardges Baghryan, Head of the "Democracy" faction of the National Assembly of Artsakh Republic.

- Mr. Baghryan, what was the most important development in 2017 for the National Assembly of the Republic of Artsakh?

- First of all, it should be noted that the National Assembly had rather active participation in the process of drafting and adopting the Constitution. As you know, on February 20, we adopted a new Constitution. The existing laws naturally must be brought into line with the new Constitution. A part of this process was done in 2017, but it will continue until 2020, and there is still much to do.

I would also like to say that we had quite a lot of guests from abroad, with different groups of MPs, intellectuals, groups that were for the first time in Artsakh. I must say that the group from Turkey made a very good impression on us thanks to their objective thinking on Karabakh conflict.

- Please summarize the 2017 events and your work activity. What are the main accomplishments and omissions you can highlight?

- You know that the "Democracy" faction is pro-government one. As in the previous years, in 2017 as well, we naturally approved the government's activities, and we also took responsibility in them.  We have come up with thirty-three proposals regarding the new Constitution, and we must state that most of them have been accepted. We think that in Artsakh there should be a strong, centralized President's Institute rather than a parliamentary government. In the warring country, we believe, the presidential administration works much better.

- As I mentioned, in 2018 we will continue the process of bringing our legislation in line with the new Constitution. The process is quite difficult. As for the existing law on local self-governing bodies, it is possible that instead of amendments, a new law will be introduced.

Next year we will also take steps to advance Artsakh's right to self-determination on various international platforms. Perhaps this one is the most important issue.

- Mr. Baghryan, referring to the New Year, how do you usually celebrate it?

- Each year is a year of expectations. You know that in 2018 we have some anniversaries to celebrate both in Mother Armenia and Artsakh. It is the 30th anniversary of Karabakh Movement. We have to understand what we achieved, what are we now and what we should do after reaching our cherished goal and dream, which, in my deepest belief, is to have a united Armenia. I personally, as well as the prevailing majority of Armenians believe that as Artsakh once used to be the 10th province of the Greater Armenia, it should continue that way. Our nowadays status is a transitional phase in reaching our ultimate goal, which, of course, should be determined by the people not only in Artsakh, but also in Armenia and the Diaspora as we liberated Artsakh together.

- First of all, I wish peace. I would like to see that no soldier's parent's eyes are wet, and the boys do their duty to their homeland and return home. We must also understand that in civil life we ​​also need to serve our homeland.