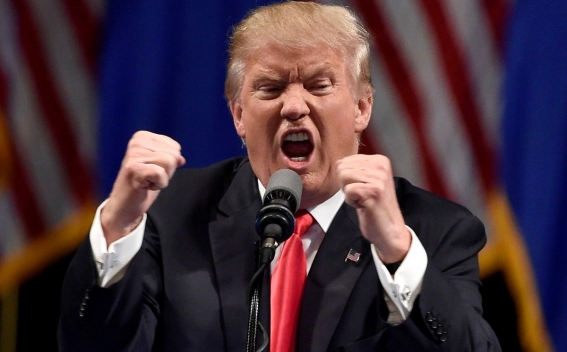 US President Donald Trump on Thursday resumed his attacks on media at a rally in Pennsylvania, slamming news as "fake" and "disgusting", - Sputniknews reports.

"They can make anything bad because they are the fake, fake, disgusting news," Trump told supporters in Wilkes-Barre. Trump also tweeted ahead of the rally that "a large percentage of the media" was "FAKE NEWS" and "the enemy of the people."

Trump said he was wrongfully accused of being late for a meeting with the British Queen during his state visit to the United Kingdom in July. He also defended his decision to go to Helsinki after the UK trip to meet with Russian President Vladimir Putin and the June summit with North Korea’s Kim Jong-un.

US President Donald Trump has long clashed with members of the press specifically with CNN which he has repeatedly described as "Fake News."