The Relations with Russia Need to be Developed and Raised to a New Level: Tigran Urikhanyan 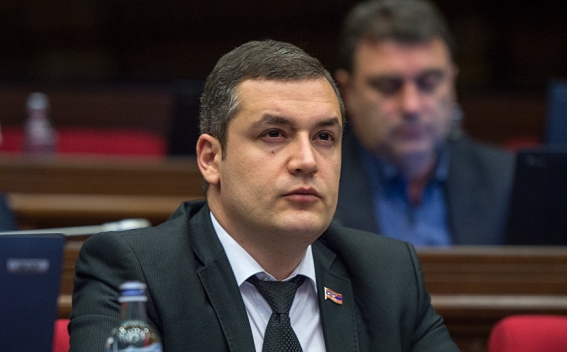 Ahead of early parliamentary elections, which will take place on December 9, "Armedia" IAA  presents series of exclusive interviews with the representatives of political forces participating in the elections on their foreign policy priorities.

- Mr Urikhanyan, what steps should be undertaken towards strengthening Armenia’s security?

- The RA participates in several international formats necessary for ensuring the country’s security. The first one is the Collective Security Treaty Organization (CSTO): we need to reinforce and guarantee the full implementation of the member states’, more precisely the Organization’s responsibilities in our region, especially in the RA. We need to provide full responsibility in a full scale.

I don’t doubt that in case of any danger when we apply, the CSTO will fulfill its responsibilities definitely but it is necessary to increase our role, impact in the organization. Naturally, a diplomatic cooperation is supposed for this. This is first of all.

The second is a trivial thing about which speak everyone or at least who understands, Armenia must be economically stable, strong and developing in order to be able to ensure all the priorities that are necessary for the security. First of all it is the stable improvement of the society's living standards and secondly providing everything needed for the security, including armament acquisition.

And finally, it is the political and in a result the interconnected social-economic stability, etc.

- How do you see the development of bilateral relations between Armenia, Russia, the USA and the EU?

- As it proclaim both the current authorities and our political force, the relations with Russia need to be developed and, in my personal opinion, also need to be raised to a qualitively new level (which is possible) and concrete steps need to be done towards this, not only seek to.

The relations with other countries or international non-governmental organizations also must be developed in a comprehensive and multilateral way - not one at the expense of the other, but complementing each other.

- How do you see the development of Armenia's relations with the neighboring countries, particularly with Georgia and Iran?

- There is a simple truth – the mentioned countries are of very importance for our country as partners. We should use both the economic and transit opportunities and also the political and regional influence of these countries.

Naturally, the good-neighboring relations should be developed being strengthened and remaining stable on the economic basis.

- Do you consider it possible the normalization of Armenian-Turkish relations in the foreseeable future and what steps should be undertaken by the sides in this direction?

- In this context, I would like to say that we consider the neighbors first of all as neighboring people and naturally we would like to live with them consentaneous, in a peace forming an atmosphere of mutual respect and trust in the region. What is the real position of the current leaders of that people in this context, in particular both the republic of Azerbaijan and neighbor Turkey, it is other issue.

I hope that their authorities will undertake very concrete and real, but not declarative steps for ensuring joint activity, will lead their politics in a more peaceful, sustainable developing and solution-oriented way.

Do I consider it possible or not? Of course it is possible. In case of Turkey a demonstration of objectivity is necessary, rules backed by universal, logical and legal norms should act. Turkey sooner or later must accept that the game rules should first of all arise from humanitarian policy.