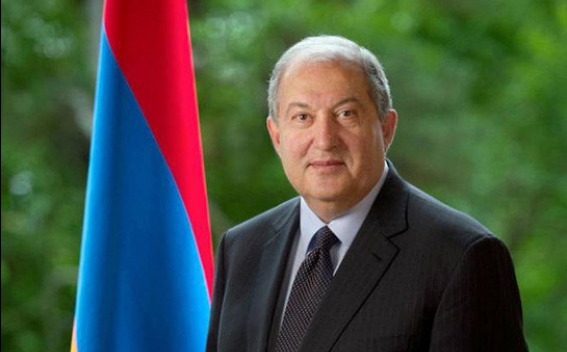 RA President Armen Sarkissian has addressed the nation on the occasion of December 9 general election.

The December 9, the early parliamentary elections in our country took place and have resulted in the formation of the legislative and executive branches of power.
I congratulate My Move alliance, Prosperous Armenia and Bright Armenia political parties which overcame the threshold stipulated by the law and will form the National Assembly of the Republic of Armenia.

At the same time, I would like to thank all parties and alliances which participated to the elections, as well as all citizens of Armenia who have expressed their position regarding the future of the country.

These elections, as a statewide political process, were the first since the changes that had taken place in our country last spring. The newly elected National Assembly and the government will be working in the realm of great responsibility. I wish them tenacity and vigor in the implementation of their programs.

Fatherland is becoming stronger, while its history is being written through our daily hard work. We all have to contribute with all abilities to the benefit of our country and people, for the powerful Armenia and the Republic of Artsakh, the entire Armenian nation and all citizens of Armenia.

God bless Armenia and our nation''.