Vigorous Discussions in the Arab World Over Recognizing the Armenian Genocide 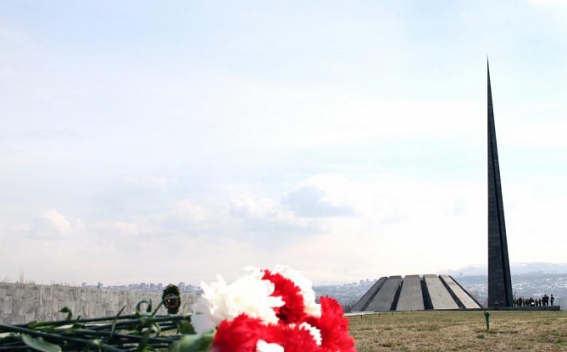 The relationships between Armenia and the UEA have been warming up recently which is testified by the periodical high ranking exchange visits. However Abu Dhabi’s primary incentive of recognizing the genocide is not the mutually warm relationships with Armenia.

In the recent few years there has been an increasing tension in the relationships between the United Arab Emirates and Turkey. Firstly it accounts for Turkey’s position over Qatar crisis. The UAE is among those who initiated the Qatar blockade. While Turkey is actively deepening cooperation with that Gulf country provoking Abu Dhabi’s ire. Along with this the UAE doesn’t approve of Ankara’s policy in Syiria – Turkey’s support of the Muslim Brotherhood.

Ankara in its turn blames the UAE for funding Fethullah Gülen’s FETÖ movement accused of organizing a military coup attempt in the country in 2016.

Turkey’s relationships are tensed not only with the UAE but also Saudi Arabia. Tensions have substantially increased following Saudi opposition journalist Jamal Ahmad Khashoggi’s assassination at the Saudi Arabian consulate in Istanbul. Turkey is trying to conduct international inquiry over the case. Besides Riadh views Turkey as its main competitor in the Sunni world. Thus bilateral relationships do not stand out for warmth.

Current tension in Turk-Saudi relationships may possibly result in the Genocide recognition on behalf of the UAE. Riyadh possessing considerable influence in Gulf countries and the UAE among them is expected at least not to hinder Abu Dhabi’s actions in this regard, in order to sabotage Turkey.

In the recent years there has been a tendency in the Arab world of including the Armenian genocide on their agenda for clearing accounts with Turkey. Before 2016 the genocide recognition issue was on the Egyptian agenda. It is noted in public discussions to be a good counter step against Turkey’s support policy of the Muslim Brotherhood group being banned in the country.