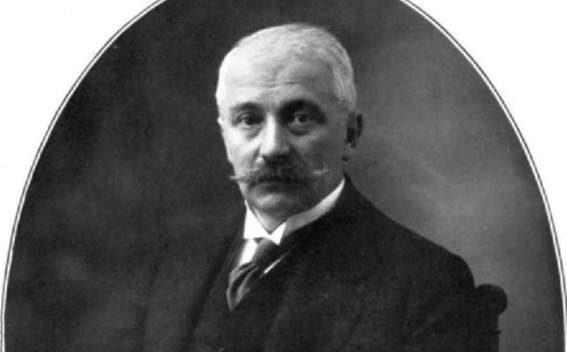 Giacomo Luigi Ciamician was born on August 27, 1857 in Trieste, Italy, to an Armenian merchant's family. He received school education in Trieste. Thanks to Augusto Vierthaler, his teacher, he began to be interested in chemistry.

After finishing school, Ciamician continued his studies at the University of Vienna then in Giessen, where he received a doctorate degree at the age of 23.

Ciamician was engaged in spectroscopy still a student. At that time, his discovery led to the idea of ​​creating atomic energy levels.

In the field of organic chemistry, Ciamician was involved in the study of components of natural resin. In 1885, thanks to him, an antiseptic substance, called iodol, was discovery what was considered a most important contribution to pharmacology.

His major contribution to plant chemistry was the discovery that chlorophyll activity was stimulated by the effects of caffeine or norobromine (chocolate caffeine) in plants, which leads to starch production. This showed that alkaloids are not a waste of plant life but have a rather important role as hormones in the animal world.

Ciamician's contribution to organic photochemistry is colossal. He mainly studied the chemical effect of light on compounds. As a result of the research, 85 works were published, two of which  were named after Ciamician.

Ciamician's discoveries in organic photochemistry were absolutely novel in the field of organic chemistry of that time. Thanks to them, he was ranked among the greatest chemists of his day.

Ciamician is also considered to be the prophet of solar energy idea. For many years, studying the effects of light on chemical reactions he realized the potential of solar energy application to humanity and industry. 1912 Ciamician even built a solar battery and placed it on the roof of his laboratory. It gave enough energy to charge a lamp in the room. His study eventually led to the idea that sunlight could be used as a source of energy.

Moreover, during the First World War Ciamician was engaged in researching chemical weapons and developed measures for protection against them.

Apart from the scientific activity Ciamician also actively engaged in politics. In 1910 he was appointed member of the Italian Senate. He was also a member of the Bologna City Council.

After his death, one of the streets of Trieste, where he spent his childhood, was renamed Giacomo Ciamician Street. Bologna University's Chemistry Institute is also named after him. In 1997, Yerevan Applied Chemistry College was named after him too.