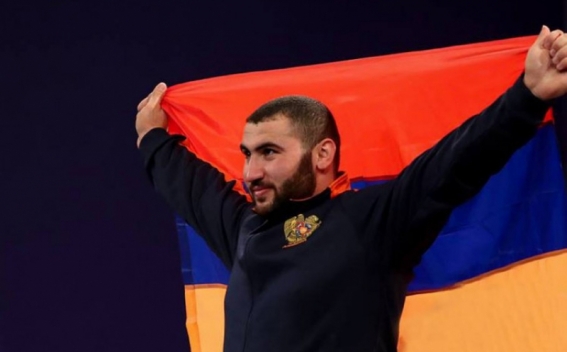 Olympic silver medalist Simon Martirosyan won the world champion title for the second year in a raw.
22-year-old Martirosyan scored a total of 429 kg (199+230) in the World Weightlifting Championship underway in Thailand. He won in both events and set a world record in the snatch.
Earlier Armenia’s representatives Hakob Mkrtchyan (89 kg) had become a world champion and Andranik Karapetyan (81 kg) and Samvel Gasparyan (102 kg) had won small bronze medals in the snatch.
Armenia’s last representatives in the World Championship Gor Minasyan (+109 kg) and Rumen Aleksanyan (+109 kg) will start performing on September 27.