Pashik Alaverdyan: Everyone was Surprised and Admired with Our Team’s Results 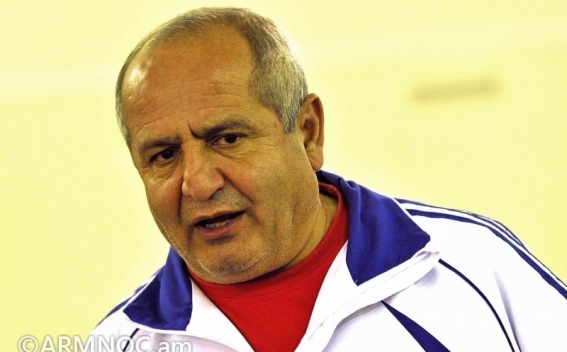 The Armenia team, which had had a brilliant performance at the U20 and U23 European Weightlifting Championships in Bucharest, Romania, arrived in Yerevan. Pashik Alaverdyan, head coach of the Armenia weightlifting team, summed up the championships at a briefing with journalists.
“We won 21 gold, 7 silver and 7 bronze medals. We had 7 champions, 2 silver and 2 bronze medalists in the total score. The assessment to the results is given by journalists and our nation, as for us we always asses it as excellent (laughs). If I’m pleased with my work I won’t train the team any more. All the weightlifters did their best. We have a young team and it’s very laudable. We did the change of generation smoothly. Two of our athletes, Simon Martirosyan and Karen Avagyan became the best weightlifters of the championship. Everyone was surprised and admired with our team’s results there,” the coach said.
Earlier the Armenia team had ended its performance at the European Championships with total score 11 medals (7 gold, 2 silver and 2 bronze medals) and taken the first position in the team score.