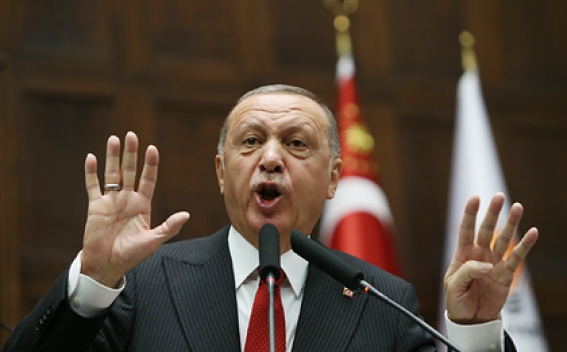 President Tayyip Erdogan on Tuesday called on Turks to "leave the dollar" and convert their foreign currencies to Turkish lira in order to boost the currency and show patriotism, Reuters reports.

"Leave the dollar and the rest. Let’s turn to our money, the Turkish lira. The Turkish lira doesn’t lose value anymore. Let’s show our patriotism like this," Erdogan told members of his AK Party in parliament.