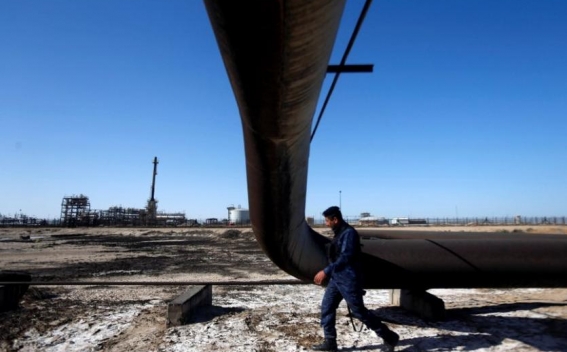 Iraq has sent a proposal to all international oil companies asking them to reduce the budgets of developing oilfields by 30% as the slump in oil prices has hit government revenues, but said the proposed cuts should not affect crude output, Iraqi oil officials and industry sources told Reuters.

International firms operate in Iraq’s southern oilfields under service contracts. Under the contracts, they are paid a fixed dollar fee for volumes produced and Baghdad repays companies for the cost of building projects and approve oilfields development plans.

Energy companies around the world are slashing spending after the benchmark Brent oil price more than halved since the start of the year, to trade around $26 a barrel on Friday. [O/R]

Iraqi officials said low oil prices have forced the oil ministry to review its plans on how to repay international oil companies (IOCs) their dues during the first six months of the year. The ministry is still waiting for an answer from the oil companies on this proposal.

A senior official at state-run Basra Oil Company told Reuters that Iraq had proposed that the IOCs cut their expenses by 30% on condition that such cuts would not affect the country’s oil production levels.

"We still have no 2020 budget allocations and the declining oil prices have worsened the situation. This is why we need foreign contractors to do their best and cut expenses and also defer their dues," said the senior BOC official.

A source at one of the foreign oil companies said: "We have received the letter on 30% budget cuts, no decision yet."

Iraq’s oil ministry spokesman Asim Jihad said there had been discussions with the oil companies on cost cuts but a decision on that should be taken when there is more clarity on the impact of the coronavirus crisis on the oil market.

Meanwhile, ExxonMobil, which is the main developer of the West Qurna 1 oilfield in southern Iraq, has also asked all its suppliers in Iraq to reduce costs, according to a letter seen by Reuters.

"The oil and gas industry has been significantly impacted by the lowering trend of the crude oil prices which have reached the lowest point in the last 20 years," Exxon wrote in the letter to suppliers.

"Therefore ExxonMobil Iraq... is expecting your company to explore opportunities to reduce cost as a matter of urgency."

Exxon Mobil Corp has said it was notifying contractors and vendors of planned near-term cuts in capital and operating expenses due to the coronavirus pandemic.

Other Arab oil producers are also reviewing their spending plans. Kuwait Petroleum Corp. has instructed all subsidiaries to cut spending this year due to an "unprecedented" decline in oil prices caused by the collapse of a global oil supply cut pact and the spread of the coronavirus which has hit demand.