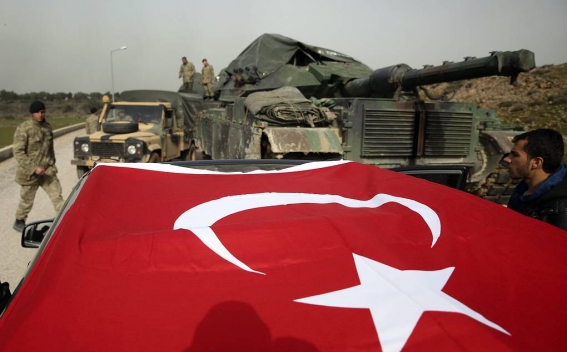 Turkey has deployed troops to the border areas in northern Iraq to fight against members of the Kurdistan Workers' Party (PKK), which Ankara deems as a terror organization, the Ministry of National Defense tweeted on Wednesday, TASS reports.

"Our commandos have been deployed to the region [of Haftanin, northern Iraq]," the ministry said, noting that the new military operation dubbed Claw-Tiger is supported by the Air Force, ATAK helicopters, unmanned aerial vehicles (UAVs) and unmanned combat aerial vehicles (UCAVs).

According to the ministry, lately the PKK and other terrorists have increased attacks on the Turkish bases. The operation is carried out as part of "legitimate defense rights arising from international law," it stated.

On June 15, Turkey launched its air operation Pence - Kartal, eliminating 81 PKK targets. The strikes were delivered in the northern Iraqi regions. The ground operation was codenamed Pence-Kaplan. Currently, the task force is operating in the region of Haftanin.