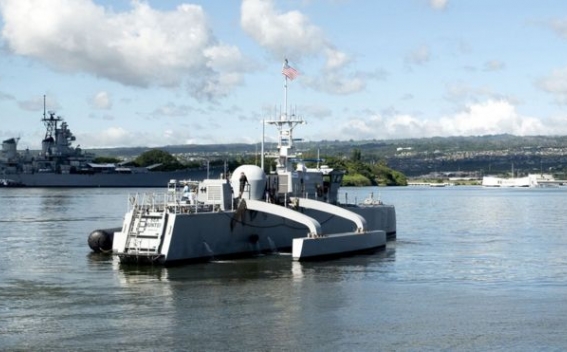 Gaucher explained that Fleet Battle Problems are run "to get after one of these key operational problems. We’re going to do two for early 2021 to be able to run a Fleet Battle Problem centered on unmanned. It will be on the sea, above the sea and under the sea … as we get to demonstrating how we can align to the [Indo-Pacific Command] directives to use experimentation to drive lethality."

The admiral said "we haven’t worked out all the details. I know there will be a command-and-control aspect to it as we build and figure out what the best command-and-control is, working with [Chief of Naval Research Rear Adm.] Lorin Selby and seeing what his options are for some of the payloads and sensors that we can bring in, as well as demonstrating some autonomy in an actual fleet problem, run by either the shore and, at points, ships at sea as we try to press the advantage against our adversaries."