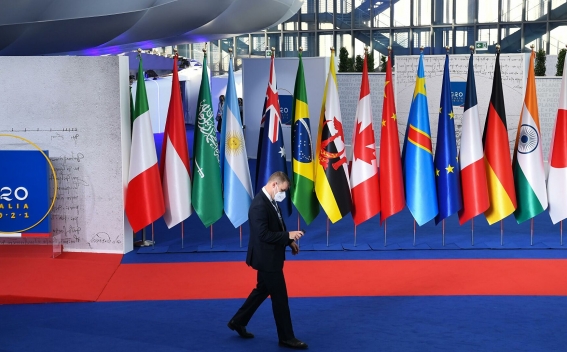 The Group of Twenty countries have called on the International Monetary Fund (IMF) to establish a new Resilience and Sustainability Trust to provide long-term financing to help low-income countries, according to the G20 declaration adopted by the G20 summit in Rome on Sunday, TASS reports.

"We also call on the IMF to establish a new Resilience and Sustainability Trust (RST) - in line with its mandate - to provide affordable long-term financing to help low-income countries, including in the African continent, small island developing states, and vulnerable middle-income countries to reduce risks to prospective balance of payments stability, including those stemming from pandemics and climate change," the document reads. "The new RST will preserve the reserve asset characteristics of the SDRs (Special Drawing Rights - TASS) channelled through the Trust."

The G20 leaders also welcomed the IMF’s initiative to allocate SDRs worth 650 billionn US dollars in additional reserves to help the most vulnerable countries.