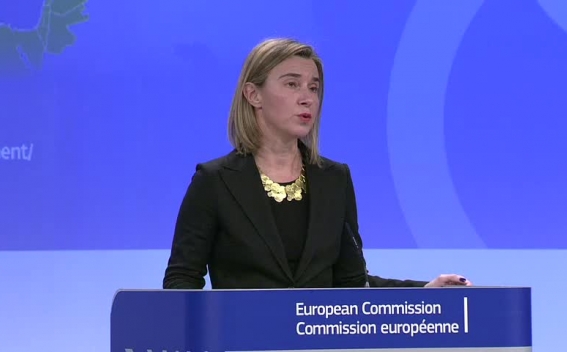 European Commission has started the process of renewing the European Neighborhood Policy (ENP) to make it more productive and flexible.

On March 4 European Commission has started the process of renewing ENP by launching consultations on the future of the Policy with its members. EU plans to hold a number of consultations with ENP countries, both East and South partners, and also EU member states. The consultations will last till June, and in autumn a new approach will be presented.

The ENP was developed in 2003 as a bilateral policy on the one hand between the EU and its southern neighbors: Algeria, Egypt, Israel, Jordan, Lebanon, Libya, Morocco, Palestine, Syria and Tunisia; and on the other hand between the EU and the eastern neighbors: Armenia, Azerbaijan, Belarus, Georgia, Moldova and Ukraine. The ENP was reviewed in 2011 following the events in the Arab world and at the same time Eastern Partnership policy within the ENP was launched for eastern neighbors to give them a chance of Association with the EU. Thus taking into consideration Arab spring and changes in Eastern Partnership countries, the difficulties they faced during the process, it was decided to review the policy and make it more flexible. The new President of the European Commission Jean-Claude Junker indicated that the ENP will be reviewed within the first year of the new Commission's mandate.

On March 4, the EU High Representative Federica Mogherini and the EU Commissioner on European Neighborhood Policy and Enlargement issues Johannes Hahn announced the main vectors of consultations and the key stones of the new policy.

Hahn gave more details on the new vision of the policy. According to the Commissioner, the four main key stones will be: more differentiated cooperation with partners - not only different cooperation with East and South, but different with each individual state; a real partnership of equals on the basis of shared interests, but not a patronizing one; narrower but more productive sectors of cooperation (not to try to cover every sector with every partner); more flexibility in reacting to changes.

After 2011 the EU announced two main approaches: one for East and the other for South, and developed its relations with partners on these bases. The cooperation of the EU with each of its partners was not that much differentiated; their needs and peculiarities had not been properly taken into consideration. The process showed that in spite of the common desire of all ENP countries to cooperate closely with the EU, they have different vision and opportunities, and each case is unique in itself, depending on geopolitical, economical factors and internal political processes. Also, these years showed that the EU was not ready to meet the difficulties it faced and could not react properly and quickly.

Now the EU makes an effort to be more flexible in the relations with the ENP partners. Johannes Hahn also mentioned that as not all ENP countries can sign both the Association Agreement and the DCFTA, EU must narrow the focus this making the cooperation more productive. This shows general changes in the EU’s policy; it put aside its desire to force the EaP countries make "a choise of civilization", as it understands that each country must decide by itself the way it wants to cooperate with EU.

These changes also refer to Armenia.  It is a good chance to make the cooperation of the EU and Armenia deeper and more productive. The EU has acknowledged that difficulties on different stages of cooperation and in some fields, for example signing AA and DCFTA, does not stop the process of cooperation, and more flexibility is needed. It is important to review the fields and ways of cooperation and at the same time not to stop the ongoing process of reforms, moreover, to gradually deepen it. Also more flexibility is needed from the EU in regard with its reactions to the changes in the region. It should take into consideration the expectations and capabilities of Armenia as an equal partner which has continuously proved its commitment to develop relations with the EU in spite of its accession to the Eurasian Economic Union (EEU).

These changes could prove just the contrary to those who do not believe the possibility of any changes of the EU policies and could show that Eastern Partnership will not fail. Revision of the policy will give new impulse to this format and open new opportunities for EaP countries, also for Armenia. At the same time, Armenia needs to be more proactive and put forward its own initiatives.

For example, Armenia has a great experience and historically good relations with both EaP countries and the Arabic world. This potential can be used for better engagement of all countries in the process of consultations; Armenia can play an important role during these months and have its input in the modernization of the whole ENP.  Also establishment of the ENP regional office in Armenia can be discussed, as a tool to increase the role of Armenia in the ENP and boost the EU-Armenia relations.