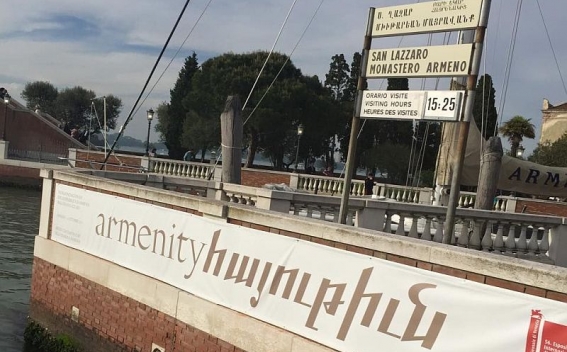 Armenity is being held in a setting of special significance for the Armenian Diaspora. It was on the Island of San Lazzaro that the Armenian monk Mekhitar established the Mekhitarist Order in 1717. It was here that in the early 19th century, Lord Byron studied the Armenian language.

Many important works of European literature and religious texts were first translated into Armenian on this scenic island. Over its three-hundred year history the Monastery of San Lazzaro has helped to preserve Armenia’s cultural heritage.

Adelina Cuberyan von Furstenberg is the curator of Armenia’s national pavilion, which is dedicated to the centenary of the Armenian Genocide and featured Armenian artists from the Diaspora.