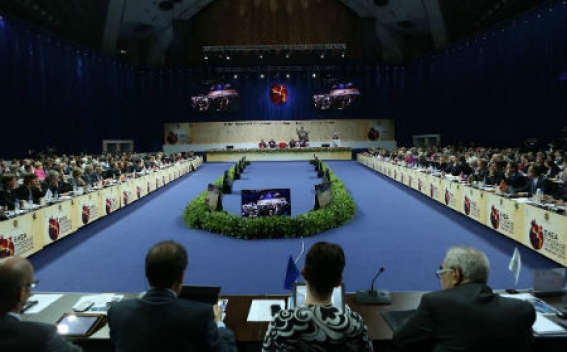 The important components of Bologna process are a three-tier education system, credit accumulation and transfer system, the Diploma Supplement, the range of qualifications, etc. In 2005 Armenia joined this system and according to the Minister of Education and Science Armen Ashotyan, along with a lot of reforms implemented. there are still many challenges to overcome.

"In the result of joining the Bologna process, the number of non-state universities has reduced, the international accreditation process has entered into a new phase. In the RA Universities a large number of foreign students from different countries are studying. Here education is attractive due to its low price and high quality. However, in no European country the educational reforms have been completed yet, and there are always new challenges," – Ashotyan said.

As for the Forum itself, it was attended by 500 delegates, 10 international consultants from more than 47 European countries and international organizations. Minister Ashotyan, speaking about the forum, said: "For the first time being organized in Armenia it proves that the European education area is a universal value and the documents that will be discussed and adopted in Yerevan, will have great impact on the development of the European educational system. The Bologna process is a unique project, the essence of which is not only education. It also has an importance for civilization, that is to say a this is a unique opportunity for the formation of a new generation on universal common values."

The President of Armenia Serzh Sargsyan welcomed the participants of the Fourth Bologna Policy Forum and stressed that higher education is the pillar upon which the knowledge-based societies are built. In this context, the Bologna reforms transformed the nature of the European higher education ensuring student mobility and establishing wide diversity of educational opportunities.

As the press service of the RA Ministry of Education and Science informs, in the framework of the Forum Minister Ashotyan had several bilateral meetings among them with Helene Hellmark Knutsson, Swedish Minister for Higher Education and Research; the Deputy Minister of the Education, Youth and Sports of Czech Republic, Jaromir Veber and World Bank Director Claudia Costin.