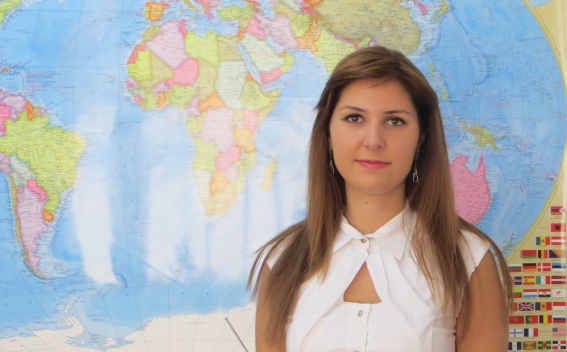 Recently Azerbaijan has started very actively discussing the question of how should the next stage of the country’s relations with the EU develop. On different, including on the presidential level it has been mentioned that those relations should from now on be based on equality and the respect of national interests, stressing that Azerbaijan does not need a "secondary format." Moreover, the President of the country Ilham Aliyev himself mentions that this is the reason why Azerbaijan did not sign the Association Agreement with the EU. But who had offered Azerbaijan such thing. Isn't this another lie that we hear from a very high level? Here another question comes - isn’t Azerbaijan’s this kind of courageous and blaming rhetoric a result of being in a "privilaged" situation for a long time and being "forgiven" for many things?

The change of Azerbaijan’s posture started to become more visible on the background of Russia-West strained relations, when Azerbaijan started to be perceived as an alternative energy source and route. As a result, Azerbaijan was forgiven everything, including repressions in their own country.

The Riga Summit, however, was a logical milestone of Azerbaijan’s unruly behavior, when the latter signed under the final document with reservations. There was hardly any objective reason for this, as both in the final act of Vilnius Summit and in the final document of Riga Summit, neutral wording was used in the point referring to Karabakh. This means that Azerbaijan simply behaves like a "spoiled child," whose "naughtiness" has never been punished. Moreover, these actions are not only neglected, but also being perceived as a natural phenomenon.

In the context of conflict, this, of course, is a serious challenge for the Armenian sides, as we – Armenians, feel on ourselves the results of forgiving everything to Azerbaijan - an increased number of victims on the borders.

In this regard Armenia should undertake certain steps, which would at least minimize the threats and challenges that come from Azerbaijan’s toughened position. With clear, structured and detailed presentation of the situation in the Eastern Partnership, in which Azerbaijan has not recorded any progress, it is important to bring the parties encouraging Azerbaijan to the realization that they too share responsibility for the victims on the borders. The absence of this responsibility in its turn brings other challenges for Armenia, putting the effectiveness of EaP under question.