Islamic State is to Introduce its Currency, "Islamic dinar" 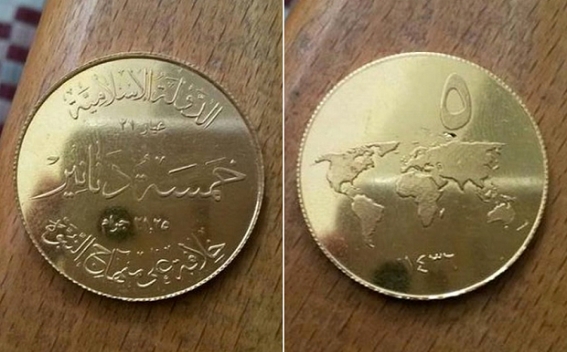 The Islamic State terrorist group had declared about its intention to introduce its own currency in an effort to solidify its control over areas where it proclaimed a "caliphate," Sputnik News reports.

For this purpose within the next few days the militant group will start recalling foreign currency from circulation in Mosul in a bid to reinstate the gold dinar as a means of exchange,

The militant leaders have already announced about their intention e in mosques in the cities of Mosul and Nineveh.

For "Islamic dinar" (the name of the currency) gold and silver coins are to be used. The currency was originally introduced in 634AD by the Caliphate of Uthman.