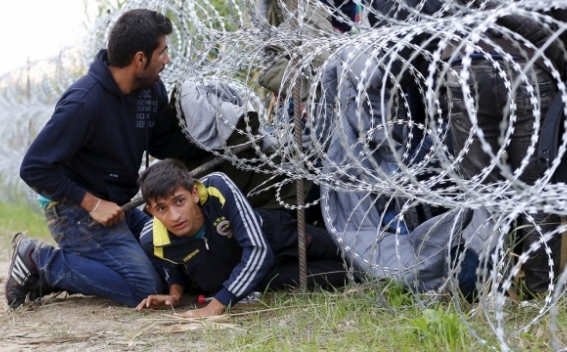 Police in Macedonia fired tear gas and stun grenades at desperate migrants stranded for days at the Greek border and who are demanding passage to western Europe, as soldiers began erecting a metal fence to keep them out, Reuters informs.

On November 28,  violence broke out after one migrant, believed to be a Moroccan, was electrocuted and badly burned when he climbed on top of a train wagon.

An angry crowd surged towards lines of Macedonian police and began throwing stones. The police responded with tear gas and stun grenades, driving the crowd back. Some officers threw stones.

Macedonia, along with other Balkan countries on the migrant route, began turning away "economic migrants" nearly two weeks ago. Human rights groups have criticized the decision, under which only Syrians, Iraqis and Afghans are allowed through.