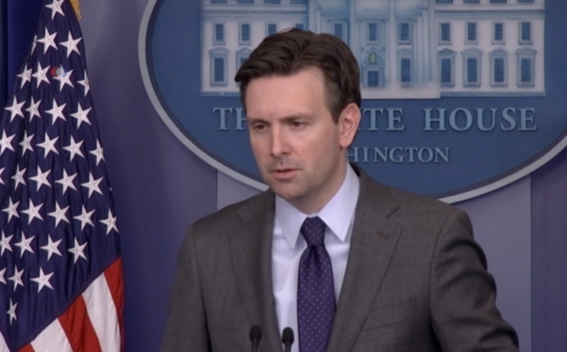 Answering to the question of the possibility of the Turkish-Syrian border to be sealed, White House Press Secretary Josh Earnest particularly noted:

"It certainly is doable.  It will require a commitment on the part of the Turks to do it.  We have seen, because of the investment that the Turks have made in other sections of their previously contested border, that they have been able to secure significant portions of their more than 500-mile-long border with Syria.  But there continues to be this corridor, this 98-kilometors-wide corridor along their border that remains unsecure.  That’s a problem because through that corridor flows oil on the black market.  We know that there are foreign fighters moving back and forth through that corridor.  There are other items that are being bought and sold along that corridor.  And shutting down ISIL’s financing is an important part of our effort to degrade and ultimately destroy them," official page of White House informs

"So there is more that we would like to see the Turks do to secure that border.  And, frankly, we’ve seen the Turks already act effectively to shut down large portions of their border.  We just need them to finish the job," he added.