Europe is in Panic: Exclusive from Brussels 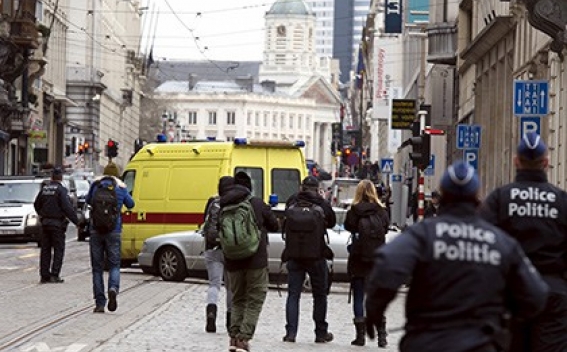 Early this morning, the world was shocked by the explosion at the airport of Brussels. While everyone’s attension was there, explosions were heard in the metros of Brussels. At Brussels airport, in Zaventem, two bombs were detonated in the departure hall. According to the Prosecutor, at least one of the two explosions at the airport were carried out by a suicide bomber, vedomosti.ru reports referring to Le Soir. Still unexploded bombs were also found. As for the metro bombings, they occurred at the stations "Schuman Square", near the European institutions, and "Maelbeek", where immigrants live, Interfax reports citing Euronews.

It should be noted that a few days ago, precisely in Maelbeek the organizer of explosions in Paris was arrested, as a result of which 130 people were killed. Explosions in Brussels also resulted in victims. According to the preliminary data, the death toll has reached 31, there are also dozens of wounded, kp.ru reports. The level of the terrorist threat in Belgium is raised to the highest. Belgian Minister of the Interior announced that 600 additional police were ordered to guard the city. In turn, Prime Minister of Belgium Charles Michel said that the country has strengthened military patrol, border controls and security measures, Lenta.ru reports.

Trying to assess the current situation in Brussels, what moods there are, "Armedia" IAA contacted a resident of Brussels Ivanna Volochij – a witness to what is happening in Brussels. "Everyone was in a panic. People were instructed to stay where they are and all schools, metros, trains, airport - everything is closed," she said. Speaking about the reasons for terrorism, Ivanna said: "Given the fact that they captured the main guy responsible for the terrorist attacks in Paris, they did so just to show that they are angry and there are many more of them out here."

It should be recalled that in these days the Armenian parliamentary delegation to Euronest PA is in Brussels. In an interview with "Armedia" IAA delegation member Tevan Poghosyan said that everything is OK with them and they are continuing their work to the Parliamentary Assembly (PA) of Euronest.

It is obvious that security in Europe is under a serious threat. There are several reasons for this, the most significant of which is related to the lack of means to deal with problems such as the migrant crisis, which has weakened Europe very much. Now the whole Europe in panic. British Prime Minister David Cameron has called an emergency meeting of the government, and the president of France, said that the authorities are doing everything necessary to ensure security in the country.