70 Terrorist Attacks in 2 Years: Islamic State Comes Out to the Global Level 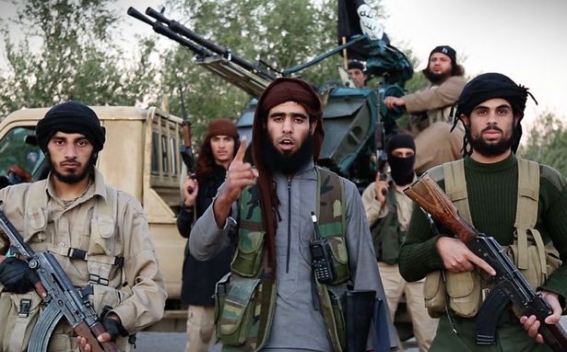 Since declaring its caliphate in June 2014, "Islamic State" has conducted or inspired more than 70 terrorist attacks in 20 countries. By the way, Syria and Iraq are not even included in this list. During the recent years thousands of people have lost their lives in terrorist attacks conducted in these countries. FOX 2 News presents the list of terrorist attacks that were conducted by the IS in Europe, North America, the Middle East and North Africa, Asia and Australia.

Terrorist attacks of IS started in Europe on May 24, 2014 when three people were killed in a shooting at the Jewish Museum in Brussels, Belgium.

On December 20, 2014 a 20-year-old French citizen who was born in Burundi stabbed three police officers in the French city of Tours.

On January 9, 2015 Amedy Coulibaly killed four hostages at a kosher grocery store in Paris. He allegedly shot a Paris policewoman the previous day.

On February 14, 2015 a gunman killed two people and wounded five police officers near a synagogue in Copenhagen, Denmark.

On June 26, 2015 a man shot selfies with the decapitated body of his boss before launching an attempted suicide attack at a U.S.-owned chemical factory near Lyon in southeastern France.

On September 2, 2015 IS announced that its affiliate in the Caucasus had launched an attack on a Russian military facility in southern Dagestan, claiming a number of Russian soldiers were killed or injured.

On November 13, 2015 a series of terror attacks in Paris killed at least 130 people and wounded more than 350 others. The attackers targeted six locations across the city - including a soccer match as France plays world champion Germany and the Bataclan concert hall.

On December 5, 2015 a 29-year-old man cut another man’s throat in the Underground station in London, England. The attacker was heard to shout, "This is for Syria, my Muslim brothers."

On December 30, 2015 the IS affiliate in the Caucasus said it carried out a gun attack in the city of Derbent in Dagestan, claiming to have killed a "Russian intelligence officer."

On February 15, 2016 the IS affiliate in the Caucasus claimed another bombing at a police checkpoint in Dagestan. Local officials said two police were killed and 12 injured.

The last terror attack of the Islamic State in Europe took place yesterday. At least 34 people have been killed in Brussels.

According to different sources the number of IS militants is estimated from 50 thousand to 200 thousand. US intelligence says every month more than 1000 fighters join the organization from France, the US, Canada, Morocco, Germany, Russia and other countries.

By the way, the name of Azerbaijan should be mentioned as a country that supplies the Islamic State with fighters and financial means. In terms of financing the IS, Azerbaijan is the second among the Commonwealth of Independent States (CIS) after Kazakhstan. More than 2,000 Azerbaijanis fight among IS militants.