Another Terrorist Attack in Baghdad: At Least 26 People Killed 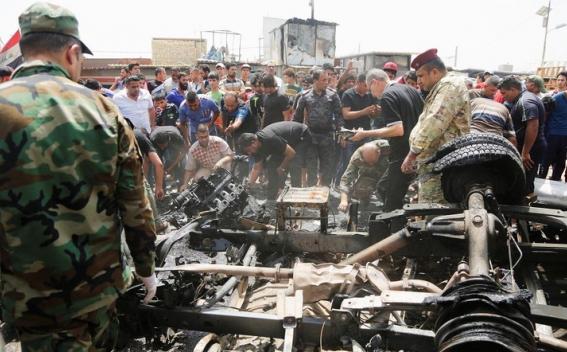 After the initial explosion,  a second suicide bomber entered the shrine with nine gunmen, targeting security forces as well as families gathering to celebrate Eid al-Fitr, the holiday marking the end of the Muslim holy month of Ramadan.

Police officials said a third bomber was killed, along with the other attackers. More than two hours after the attack began, police said the situation was under control. There was no immediate claim of responsibility.