Migrant Crisis is Believed to Continue for the Next Two Centuries 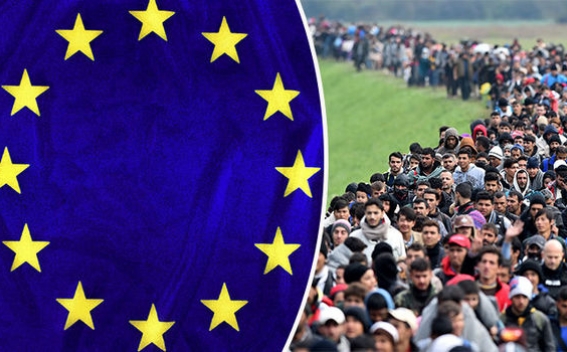 Europe is currently searching the ways to tackle a major migrant crisis as thousands of people are traveling across the Mediterranean Sea from conflict-torn countries in North Africa, the Middle East, and Central and South Asia, to reach European shores.

In this regard the EU Commissioner for Migration and Home Affairs, Dimitris Avramopoulos said the movement of migrants will be a determining factor in the world until the 23rd Century - 184 years away.

"It is important to tighten cooperation between member states with regard to handling the issue of migration," he said, "Europe must act in the spirit of joint responsibility and solidarity."

According to Express, Avramopoulos announced that European Commission will soon be putting forward its second package of proposals "aimed at the total reform of refugee policy".

"The goal of the package is the development of a suitable operating system based on the principle that we must help those in need and punish those who want to abuse the system," the Commissioner said.

The European Union will negotiate a series of bilateral agreements with third countries, including Ethiopia, Jordan, Lebanon, Libya, Mali, Niger, Nigeria, Senegal and Tunisia. The financial distribution will take into consideration these countries’ ability to reduce the flux of migrants, seal the borders and offer protection to the refugees.

The commission proposed a common procedure for resettling refugees from camps in countries outside the bloc, like Turkey, that would give member states the option of joining together to decide the overall number of people to take in and how to spread out the refugees among those nations.

As Global risk insights reports, the  “New Migration Partnership Framework” which implements a carrot and stick system will probably prove to be as inefficient as previous attempts, and wil open EU to blackmail, and even worse, will tend to jeopardize the well-being of the refugees caught in the middle.