Turkey and Germany Try to Overcome the Armenian Genocide Resolution 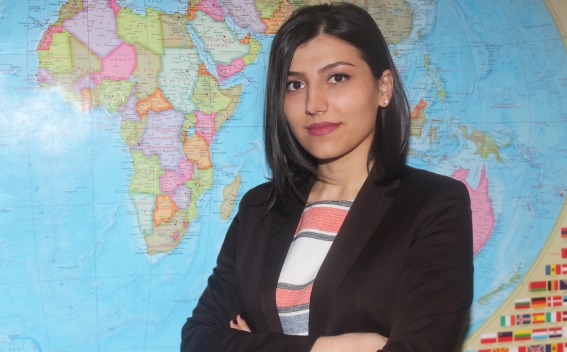 On June 2016 the German Parliament (Bundestag) passed a resolution recognizing the Armenian Genocide of 1915. Then a tense phase began in already difficult relationship between Germany and Turkey. Of course, the tension in their relations was not due to the Bundestag resolution only, but also to several problematic issues of bilateral agenda, and the current situation in Turkey as well. However, the resolution adopted by the Bundestag on the background of the difficult negotiations on migration issues between Turkey and the EU was a serious blow for Turkey on the one hand, and on the other hand for Turkey-Germany or Turkey-EU relations in general.

Turkey’s President Tayyip Erdogan threatened with "serious consequences" for the Turkish-German relations. Turkey responded to the June vote by blocking German lawmakers from visiting 250 German troops at Incirlik Air Base that are involved in the operation against the "Islamic State". As a precondition for lifting the ban, Turkey demanded from Berlin to distance itself from the resolution adopted by Bundestag.

At last, the desirable solution was found. It was acceptable for both sides and gave the chance to both of them to keep their face with suitable formulations.

German Foreign Minister Frank-Walter Steinmeier said "the German Bundestag naturally has every right and the freedom to express itself on political issues, but the Bundestag itself said that there is not a legally binding basis for every resolution." Later a German government spokesman repeated Steinmeier’s statement, noting that the resolution is not legally binding.

It is hard to call it a step back, but it is the formulation that allowed Turkey to give permission for German lawmakers to pay a visit to Turkey’s Incirlik Air Base, because "German authorities have met their expectations". The same formulation allows Berlin to insist it is not distancing itself from the resolution adopted by Bundestag.

It turns out that Germany, without rejecting the important decision, gives the necessary impetus to Turkey that in its turn gets a chance to interpret the German authorities’ statement in its favor.

Even if the resolution adopted by Bundestag is not legally binding, its importance should not be underestimated. It not only recognizes the Armenian Genocide and paves way for other European countries to do the same, but also gives a chance to teach the future generations in Europe true history.

It is probably the most important impact of the resolution.