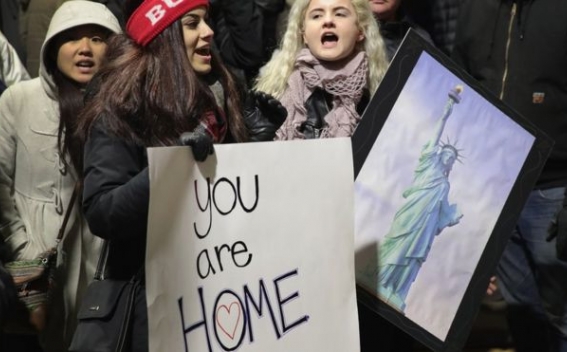 "They no longer need a waiver because if they are a legal permanent resident they won't need it anymore," White House spokesman Sean Spicer said at a news briefing.

The restriction on green card holders was among the most confusing element in the executive order signed on Friday.