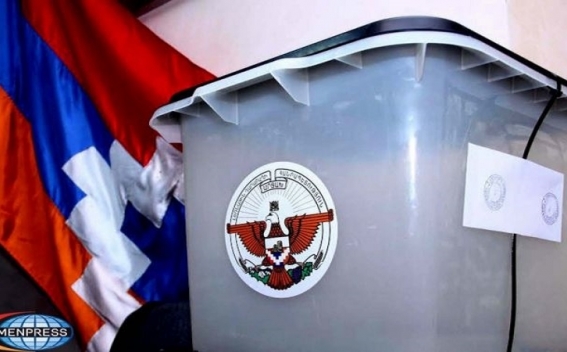 The referendum that took place in Artsakh on February 20 was organized at high level in terms of corresponding to both legislative and international standards. This was declared by a famous Russian publicist, member of the Russian Association of International Law Denis Dvornikov, who was an observer at the referendum in a talk with "Armedia" IAA.

"I have basis to talk like that as I have been an observer in different parts of the world. Thus I think that everything passed according to the law and accepted rules," Dvornikov mentioned.

"From public moods I noticed a kind of an internal confidence towards the authorities. Besides, one should understand that any referendum in the territory of Artsakh, any election is not only a voting, but a manifesto of independence, manifesto of mature civil society. People come to polling stations not only to express their will, but also to show the whole world that they exist and they exist in a legal state," Dvornikov added.

It should be mentioned that the member of opposition Dashnaktsutyun party, representative of "NO" campaign, Davit Ishkhanyan also agrees with the assessments of the observation missions. "I think that the people, who have come here to conduct observation mission will give clearer assessments on the referendum, taking into consideration the international standards. We cannot talk about any problem in regard with holding the referendum. This referendum should be considered a valid one irrespective of the fact whether we were in favor of the draft or not."

According to him that high level of participation was quite unexpected for them. "As far as I remember, the number of the participants in the last parliamentary elections was comparatively few. It should be mentioned that the day of the referendum coincided with Artsakh Revival Day. I think that the people with their inner passion, as in 1988, subconsciously wanted to raise their voice," Ishkhanyan mentioned.

Another representative of "NO" campaign, opposition Deputy Hayk Khanumyan, however, does not agree with such assessments and thinks that during the referendum administrative resources were  used. Representative of "YES" campaign, Deputy Vardges Baghryan in his turn did not rule out the possibility of violations during the referendum, but he is sure that those were insignificant.

"The referendum passed quite well. Usually referendums and elections in Artsaklh pass at high level without any incidents. Even if there are violations, they are insignificant. In this regard this referendum was not an exception. This is also evidenced by various international observers, journalists, who were not only in Stepanakert, but also in other regions of Arstakh. The referendum was shot, while "Azatutyun"radio station was broadcasting live. Thus the people quite freely expressed their will," Baghryan mentioned in a talk with "Armedia" IAA.