Iraq Declares War With Islamic State Is Over 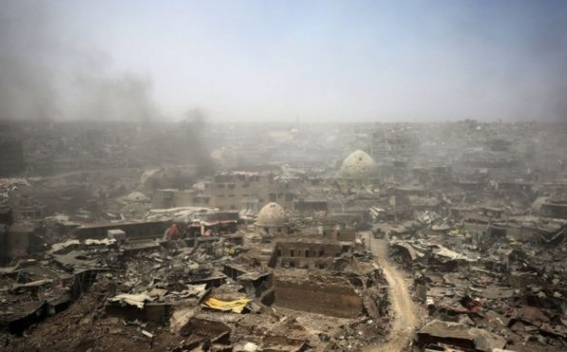 Iraq has announced that its war against so-called Islamic State (IS) is over, BBC reports.

Prime Minister Haider al-Abadi told a conference in Baghdad that Iraqi troops were now in complete control of the Iraqi-Syrian border.

The border zone contained the last few areas IS held, following its loss of the town of Rawa in November.

The US state department welcomed the end of the "vile occupation" of IS in Iraq and said the fight against the group would continue.

Iraq's announcement comes two days after the Russian military declared it had accomplished its mission of defeating IS in neighbouring Syria.