Turkey's New ''Tool'' Against the EU 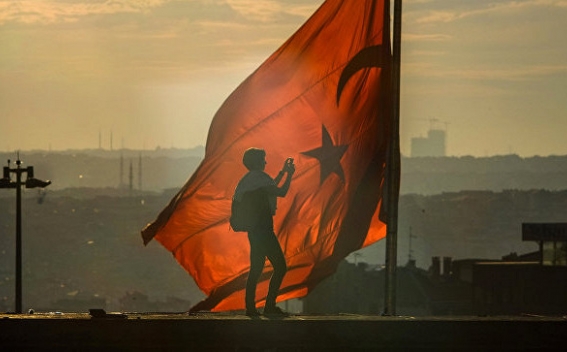 The Turkish Parliament established its own commission to investigate the situation concerning Islamophobia in 4 EU member countries.

MPs will focus their attention on those states where, in their opinion, "there are the most vivid manifestations of Islamophobia: Austria, Germany, France and Belgium." They plan to get permission from these countries to investigate on the spot. The commission began its work on January 9.

MPs in Turkey believe that the initiative of the Turkish parliament is a kind of response to the racist statements of the Austrians. The latters voiced such accusations in connection with the news that the first child born in 2018 in Austria was a girl with Turkish genetics. This is not the first accusation against Austria concerning Muslims. In June, the former head of the Austrian Foreign Ministry, Sebastian Kurtz, proposed closing down Muslim kindergartens. However, representatives of the Islamic community called this statement unacceptable and it was not supported by the authorities either.

Chairman of the Turkish Human Rights Commission Omer Serdar said that the growth rates of Islamophobia over the past 10-15 years in Europe are very worrying. In 2016, Western countries recorded more than 2,800 cases of Islamophobia. Last year, this figure exceeded 3,000.

The commission investigating the situation with Islamophobia in Western countries intends to fully consider this issue, beginning with insults towards Muslims, acts of violence, discrimination in work, problems related to wearing a Muslim burqa, and ending with restrictions on freedom of religion and attacks on mosques.

At first glance, the basis of such an initiative of the Turkish parliament is the principles of humanism and religious tolerance. However, if we consider the issue in a broader spectrum, i.e. in the context of the relations between Turkey and the EU, Ankara's far-reaching plans are becoming apparent. In particular, the large "cleansing" initiated by the Turkish authorities, aimed at neutralizing the undesirable elements after the unsuccessful attempt of a military coup in 2016, as well as special actions against the Kurds in the east of the country, have been and are being condemned by Europe. The prolonged incidents of violation of human rights and freedoms led to the fact that the OSCE, with the support of the majority of deputies, restored the monitoring process in relation to this country.

At the moment, Turkey, by creating a special commission to study the situation with Islamophobia in the EU countries, is trying, in fact, to neutralize the actions of European countries in the same way, in particular, by updating the issues of supporting the freedoms and rights of Muslims in these countries. It is more than obvious that for this commission it will not be difficult at all to monitor the statements of officials at different levels, which may contain anti-Islamic elements or hints, especially at a time when the migration crisis is considered one of the main challenges for the EU.

The choice of the countries that will be at the center of the commission's attention is not accidental either. A large number of Muslims live in Austria, Germany, France and Belgium, and in particular, the Turks. Taking into account Turkey's influence on these communities, it can be assumed that they will be actively used to exert pressure on the governments of the above-mentioned countries. Thus, Turkey has a serious lever in the face of the problems of Islamophobia, which it will use to counter the pressures of the EU on the one hand, and on the other hand, to get concessions from the EU or its individual member states.

Summing up, it should be noted that such an initiative of the Turkish parliament will give Ankara opportunity to receive certain dividends in the Islamic world as well. The fact that Turkey assumes the role of defender of the rights of Muslims in Europe, can significantly increase its authority among Islamic countries.