Frank Engel: Turkey Will Never be an EU Member 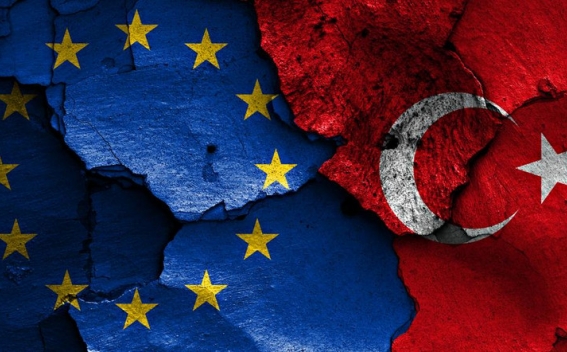 Member of the European Parliament Frank Engel from Luxembourg calls Turkey’s actions in Syria a real scandal. MEP Frank Engel commented on the statements of the high-ranking officials of the EU member states according to which they urge the EU to stop accession talks with Turkey, Armenpress reports.

"Turkey justifies its actions by threats of terrorists, security, but there is no such threat both in Afrin and the territories which they target. I think it’s necessary to clearly explain Turkey, or as I understand, it has already been clearly explained that we negatively react to this. Turkey is a big neighbor, and I have repeatedly stated that we need to somehow adapt to our co-existence with big neighbors (by the way, Russian is also a big neighbor). Not communicating with each other is not an option in any way, but at the same time to pretend that you do something which will never happen, is again not an option. Turkey will never be an EU member: this just will not happen, and we must stop pretending that it can happen," the MEP noted, adding that theoretically one can imagine Turkey as a member of the EU, the lawmaker personally doesn’t see any problem on this matter, but according to him, this is impossible in the circumstances of Turkey’s current leadership and such position.

Frank Engel stated that Turkey also faced a great regress in the law field which is unacceptable both for him and any EU member state. "The day when Turkey changes, stops aggression against Cyprus, opens the border with Armenia, normalizes the relations with all neighbors, releases journalists arrested on unfair grounds, I perhaps will imagine a relation with Turkey, but Turkey will never be so," the MEP stated.