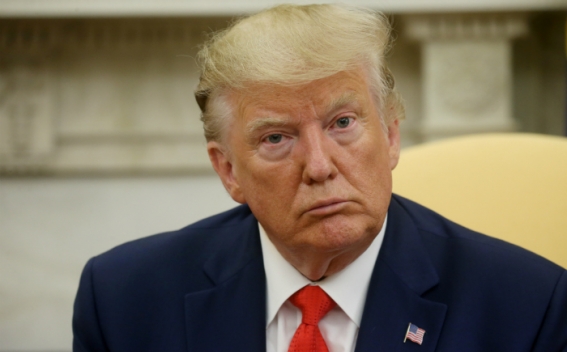 President Trump said Wednesday that ousted national security adviser John Bolton made “some very big mistakes,” citing his views on a panoply of foreign conflicts, his sour relations with North Korea dictator Kim Jong Un and his clashes with other top national security officials as reasons he had to go, The Washington Post reports.

“John’s known as a tough guy,” Trump said disparagingly. “He’s so tough he got us into Iraq. That’s tough.”

He added, “John wasn’t in line with what we were doing.”

In explaining Bolton’s departure, Trump suggested that North Korea was a large reason for his decision to fire Bolton. “He wanted nothing to do with John Bolton,” Trump said of Kim, whom the president routinely characterizes as a friend.

Trump also made clear he had not forgotten Bolton’s remarks from April 2018 when he said the White House was considering the “Libya model” for achieving the full denuclearization of North Korea.

“We were set back very badly when John Bolton talked about the Libyan model,” Trump said. “And he made a mistake, and as soon as he mentioned that — the Libyan model — what a disaster.”

Despite Trump’s meetings with the North Korean leader and his promises of progress, Kim continues to launch missiles, and the president’s desire for a landmark nuclear deal has yet to be realized.

The president also said he disagreed with Bolton on Venezuela, his main policy portfolio in his final months. Bolton promised that Venezuelan President Nicolás Maduro would be swiftly ousted from power shortly after the U.S. imposition of sanctions on Venezuela’s state oil company, but Maduro has hung on amid a worsening humanitarian crisis.

“I disagreed with John Bolton on his attitudes on Venezuela. I thought he was way out of line, and I think I’ve proven to be right,” Trump said.

The president did not specify what he would have done differently or whether Venezuela policy will change with Bolton’s departure.

Trump reiterated his willingness to speak without preconditions to Iran’s leaders, another area of disagreement with Bolton. Iranian President Hassan Rouhani urged the United States on Wednesday to “abandon warmongers and warmongering policies,” in an apparent reference to Bolton, though officials in Tehran reiterated their position that sanctions must be lifted as a prerequisite to any talks.

The president also alluded to Bolton’s tensions with senior national security officials, including Secretary of State Mike Pompeo. Bolton was disliked in many quarters, including the East Wing, the staff secretary’s office and the vice president’s office, for his outbursts and sharp elbows, according to current and former administration officials.

“You’re not getting along with people. And a lot of us, including me, disagree with some of your tactics and some of your ideas,” Trump said he told Bolton.

Trump had told allies in the past that he liked the sharp disagreements and that he actually tempered Bolton.

The president said that he had five people who want to be the next national security adviser and that he would make an announcement next week. He did not name the candidates.

Several of Bolton’s allies were also pushed out of the administration, including Garrett Marquis and Sarah Tinsley, his main spokespeople. “It was an honor to serve my country,” Marquis said in a statement Wednesday.